The only way is S6

If you've ever wanted to know what it would be like to be abducted by aliens and placed on a futuristic space vehicle, the media area of Samsung’s Mobile World Congress stand would be a good place to start.

Under populated by humans, too clean and full of futuristic tech, it also happened to be a rather nice setting for me to get a hands on with Samsung’s latest flagship phones: the Galaxy S6 and S6 Edge. 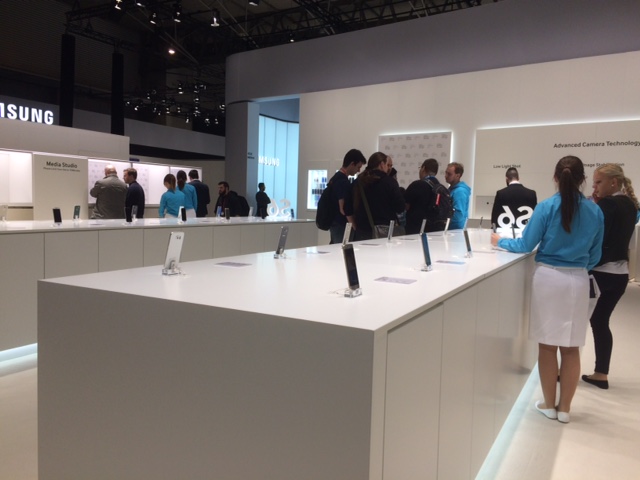 If you're wondering what the difference is between the two phones, you’ll be hard pushed to find anything at all if you only look beneath the bonnet.

Each boasts a super powerful and evil-sounding Octacore processor, Android Lollipop, a 16MP camera, 3GB of memory, and near total freedom from Touchwiz bloatware. There is, on paper, little to choose between the two handsets.

But the slight difference in screen design between the two handsets does have a big impact on how they feel. The "dual curve" (aka slightly slanty bits) on either side of the S6 Edge's screen doesn't just give the handset an extra suffix to play with - it gives it a genuine USP. 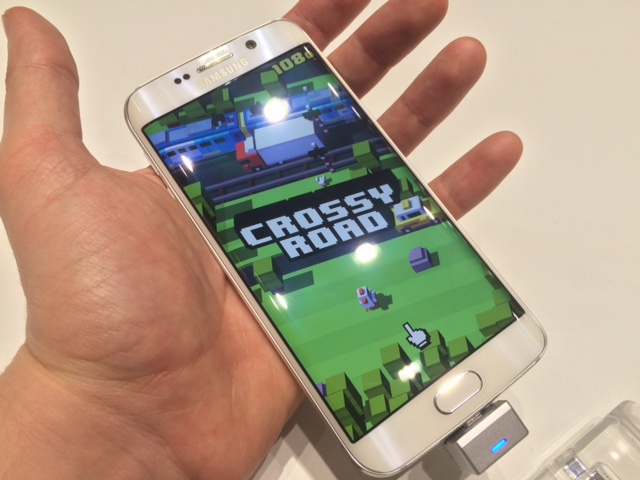 This was clear when I booted up a couple of games (which were limited to smaller file sizes by wi-fi dodgier than Lionel Messi embarking on a mazy dribble). A few goes of Crossy Road was enough to demonstrate how small curves can make a big difference.

To Samsung’s credit, Hipster Whale's hit played beautifully on both handsets, looking crisp on the super AMOLED screen and whistling along at a rate of knots.

But it's just as fair to say those little dinks on the S6 Edge gave that handset the advantage. Far from being a silly gimmick, the slant naturally expanded the screen real estate without looking weird or stretching the hand.

And the result of that wasn't solely that it gave me a bit more space to see what I was doing. The curves on the S6 Edge make it look and feel beautifully futuristic - something that couldn't really be said about the-by-numbers S6. 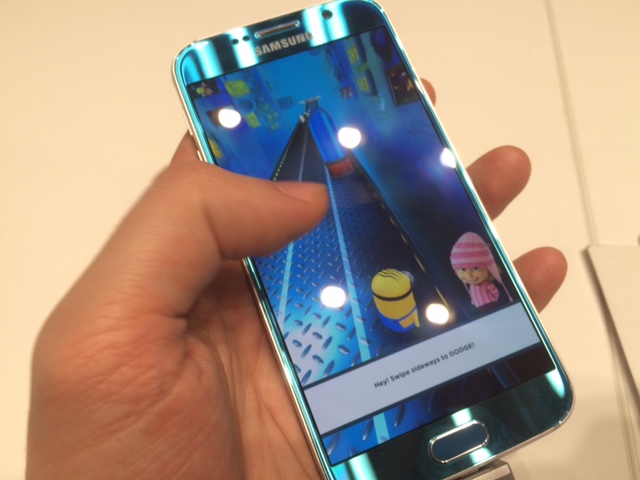 That's not to say there aren’t problems with the phone. Despite the freshness of the Edge's design, the overall feel in the hand is still a tad lightweight and cheap.

For all that, I was impressed by both handsets - and the S6 Edge in particular. This new pair feels cleaner, crisper, and smarter than the Galaxy range has felt for a while.