Everything you need to know about this amazing PokeNav app

Pokemon Omega Ruby and Alpha Sapphire's new DexNav app is the greatest invention since the Pokeball.

This little radar device makes it a doddle to deal with wild Pokemon. You can search for specific 'Mons, keep track of which critters live on which routes, find out about Pokemon before you battle, and even find new fighters with special stats.

It can be a little tricky to use though, so we thought we'd round up everything you need to know about this nifty new tech. 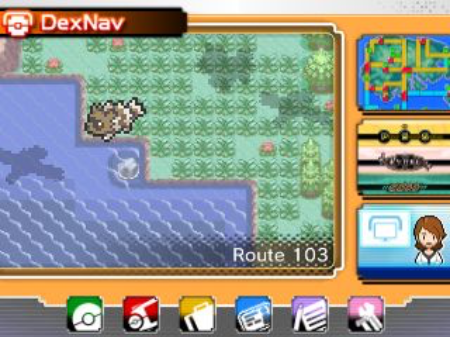 The DexNav is one of the apps on your PokeNav and, when selected, will show you information about the current area's wild Pokemon on the bottom screen.

Most of the time, the DexNav shows which Pokemon can be found on that part of the map.

The Pokemon pictures show critters that are in your collection, while the silhouettes show Pokemon that you have encountered, but not caught. Pokemon you have never seen aren't shown the Dex. 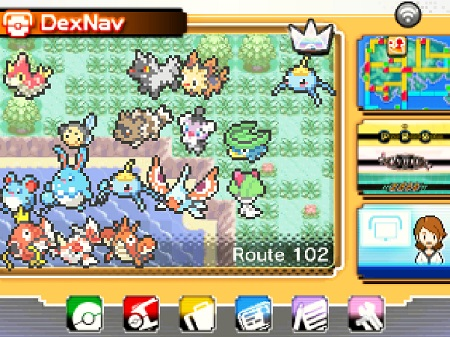 As you collect more critters you'll see little awards pop up in the top corner of the DexNav screen for that route, cave, or town.

A bronze medal means that you've caught all species of Pokemon in that area either on land, or in the grass. Silver means you've got the land and grass Pokemon, but you may be missing ones that require a move like Dive.

Gold indicates that you have every available Pokemon in that area - at least, those in the Hoenn Pokedex. When you get the National Dex towards the end of your adventure you'll be able to capture more Pokemon and go for the platinum medal. 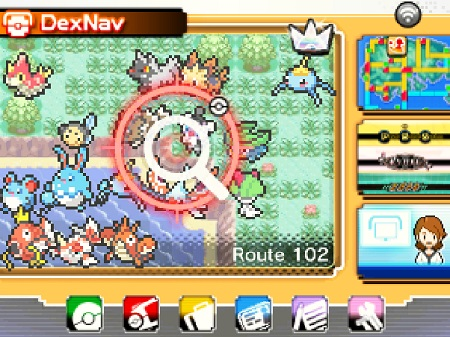 Sometimes the Dex will show a red magnifying glass. This means a hidden Pokemon is nearby, and you'll be able to see it poking up from the grass or you'll see some tall weeds shaking.

If you see a Pokeball icon on the magnifying glass, this means that you've already caught this Pokemon. No Pokeball in sight means this is a new one for your collection.

Either way, if you tap the DexNav screen at this point you'll get a little radar to help you hone in on the critter. Once you find it, sneak up close by lightly pressing the circle pad and tip-toe into the creature to start the battle. 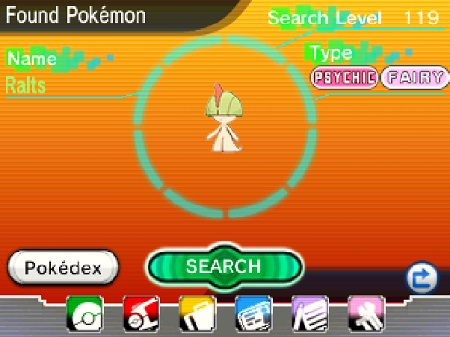 From the DexNav screen, if you touch a picture of a Pokémon that you have previously captured you can search for that monster. If one is nearby, it will appear just like a hidden Pokemon above.

You can also jump straight to the Pokedex entry for this monster from this screen as shown above. 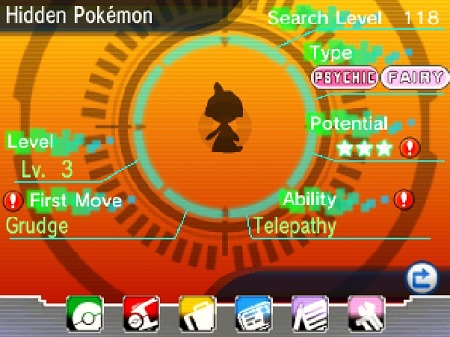 Whether you've stumbled upon a hidden Pokemon or your searching for a specific monster, information about the Pokemon will appear on screen as you get closer to it. The more times you've encountered that critter, the more info you can see (as indicated by your search level). Red exclamation marks indicate special stats.

You will be able to find out:

As your search level increases further, it becomes easier to encounter Pokémon with hidden abilities or rare moves. In the screen above, we've found a Ralts with a special move, ability, and great IV because of our massive 118 point search level.

How to get Diancie in Pokemon Omega Ruby & Alpha Sapphire

GAME will be giving away Shiny Charizards from next Friday

[Update] How to get Meganium, Typhlosion, and Feraligatr in Pokemon Omega Ruby and Alpha Sapphire

How to get Darkrai in Pokemon X, Y, Omega Ruby, and Alpha Sapphire - UK only