Pokemon: Let's Go, Pikachu/Eevee! finally launched worldwide, and in the UK last week early sales figures suggest that the game's already doing well. Saying that, when compared to previous Pokemon games its initial sales figures fall short of the mark which, I guess, none of us are too surprised about. 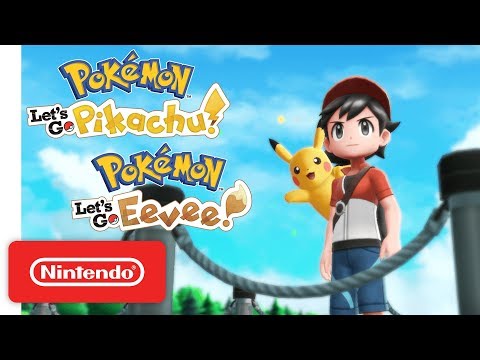 Subscribe to Pocket Gamer on
Get on top of your game with a few of our fantastic Pokemon: Let's Go guides while you're at it.

Selling roughly 116,000 copies since launch, which trumps Pokemon X/Y and Pokemon Ultra Sun/Ultra Moon, Pokemon: Let's Go actually performed worse in its first week than 2016's Pokemon Sun/Moon. But, as Nintendo Everything reminds us, those games were the UK's biggest Nintendo release to date, so that would've been an impressive feat.

I'm also not surprised to see that Pikachu is the favourite of the two - I'll stick with Eevee any day of the week, thanks very much - and overall, it seems Let's Go has been performing very well in America. It'll be interesting to see how sales fare once Black Friday and Christmas/Boxing Day sales pass by too. Not because I think they'll be discounted, but because players can stop waiting to see if they'll get a better price on it.

In its review we thought it was swell, giving it a Silver Award and saying: "Pokemon: Let's Go, Eevee! is a simple game with a deep combat system which everyone can enjoy."