Studio to focus on endless runner in 2013

All things must come to an end, and apparently that even includes updates to Bolt Creative's Pocket God.

Lest you've forgotten, the 'pygmy torture simulator' tore up the App Store when it was released way, way back in May 2009.

One of the best sellers of 2009 and 2010, and with a strong following to-date despite its 99c price tag, Bolt Creative has continued to update the game regularly; we reckon it must be the most officially updated game on iOS.

But the final update - suitably named Apocalypse, Ow! - is now out.

The reason for the decision is the time required to constantly update the title has seriously reduced the small team's ability to make new games.

It was talking about Pocket God: The Runs 12 months ago, but it's yet to see the light of day. With the 'end' of Pocket God updates, we expect to see the themed endless runner hitting app stores some time in the first half of 2013.

Bolt also plans to work on opportunities such as cross-media merchandise for the franchise. It already has a strong following for its comic books and figurines. 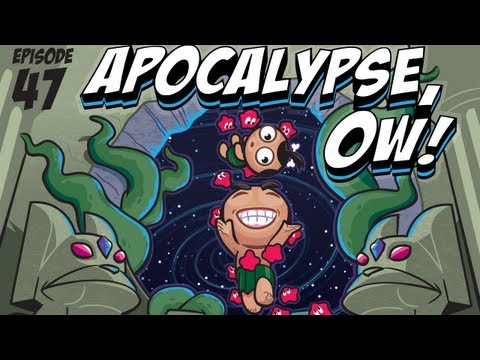 Subscribe to Pocket Gamer on
Next Up :
Elemental Titans' latest update introduces the new Animon system