Can official PUBG make the leap to mobile? The Chinese seem to think so (but we need convincing)

Uhhh, so here's something I wasn't expecting to see this fine Monday morning - PlayerUnknown's Battlegrounds may, in fact, be coming to mobile in the near future. Officially. In China. 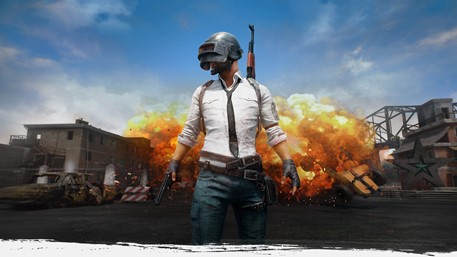 The internet's been kind-of buzzing at the moment with PUBG larks. If not to chat about the PC game and to show off all of its delicious chicken dinners, it's to share opinions of the upcoming PUBG-lite, Rules of Survival. Heck, even we rounded-up the best mobile "battle royale" experiences the other day.

Well, as Twitter caught on today, it's highly likely we'll be seeing the actual game on mobile, and it'll be produced by Tencent and Bluehole. Though it'll be a challenge, a Tencent-owned blog announcing stating that the two companies aim to get the classic gameplay elements of the PC onto mobile, whilst also optimising the mobile experience, that is social networking, server hosting, and so on.

Tencent were already set to publish the PC version of the game in China. Similarly, the official mobile version of PUBG seems likely to release only to the Chinese market, so we'll have to watch that story from afar for now.

It's a nice idea. Whether it'll work or not on mobile platforms, I remain sceptical, although there are things the developer needs to address immediately that could make it a success. To make this work you'd need high frame rates, responsive controls, and be able to balance the skillset between those playing with touchscreen controls and those who may be using an MFi controller (if supported).

Our own Harry Slater, writing on sister site Appspy.com, thinks the PUBG format does not work well on mobile. He cites as a challenge the length of play time needed for battle royale games (and also that lack of precision controls). Our editorial colleagues wade into a debate with Harry and me about it elsewhere on the site.

What do you think? Would you be keen to grab your chicken dinners in mobile form? Let us know in the comments below.