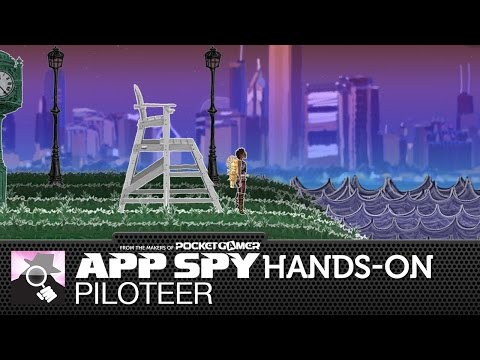 It's finally time to get your jetpack on and fly around like a buffoon, as Pivvot creator Whitaker Trebella's Piloteer has landed on iOS.

The game sees you piloting a steampunk jetpack, battling with the controls to try and land on a variety of objects instead of slamming face-first into them.

There's sixty levels spread across three environments, which should give you plenty of opportunity to master the art of not crashing.

To ease your suffering, there's a beautiful hand-drawn aesthetic and a serene piano soundtrack to counter-balance the ridiculous difficulty.

You can grab it for £2.29 / $2.99 from the App Store. Android and Steam versions are also expected, but there's no word on when they'll be released.

Do you want to watch me fail to fly a jet pack in Piloteer correctly?