It's set to release for both platforms on March 1st

Pigeon: A Love Story is an upcoming adventure game from independent developer Alexander Taylor, also known as Wristwork. It will be available for iOS and Android on March 1st, with pre-registers open now on both platforms.

Pigeon: A Love Story will see you soaring above London as the titular bird who is in search of their soulmate. The map is an accurate and life-sized version of the capital of England, thanks to the developer's use of Google Maps SDK for Unity, though parts of the world will be procedurally generated.

The number of pigeons you'll be able to interact with is also fairly sizeable too. There are over 1 million of them flying above the streets of London, with each possessing a unique personality. Finding your soulmate among such a large band of pigeons is likely to take some time then.

And that's precisely the point. The developer has described Pigeon: A Love Story as a 'slow' game that sits somewhere between an adventure title and a meditation game. It promises soothing gameplay and a relaxing soundtrack to enjoy as you search for the pigeon that's quite literally one in a million. 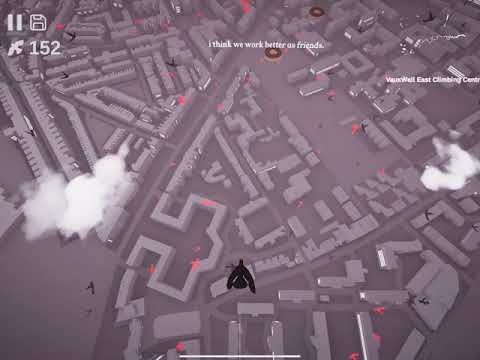 The objective is intentionally loose, allowing you to explore London at their own pace without feeling pressure to progress any kind of story. Since the map is accurate, you'll be able to visit various well-known landmarks and places across the city such as Canary Wharf and Westminster Abbey.

Pigeon: A Love Story is available to pre-order now over on the App Store and Google Play ahead of its release on March 1st. It will be a premium game that costs $0.99.

Looking for more relaxing and meditative games to play on your phone? Here are 5 of the best games for your mental health available on mobile
Next Up :
Black Desert Mobile reveals new Drakania class alongside other major updates and announcements