Phantomgate’s story follows a courageous young Valkyrie named Astrid as she embarks on a mission to save her mother from the clutches of Thor’s dad Odin, who’s vengeful and insane in this incarnation, rather than compassionate and Anthony Hopkins-like. 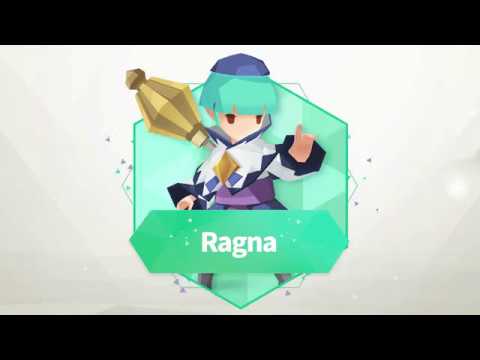 Players will explore the fantasy world of Midgard along the way, a realm brought to life by console-quality visuals. As the journey unfolds, they will have the opportunity to collect and evolve in-game companions called Phantoms, and they will come to their aid in battles.

There are more than 300 of these companions to collect during the course of the adventure, and you can choose how they evolve, selecting which powerful new from they take on next.

Those who sign up for Phantomgate during pre-registration will receive special rewards, including an Earth Essence Box Tier 1, 100 gems and 30,000 golds. Cha-ching!

To pre-register for Phantomgate: The Last Valkyrie, head over to Google Play or check out the game’s official website for more information.

What's A Preferred Partner Feature?
From time to time Steel Media offers companies and organisations the opportunity to partner with us on specially commissioned articles on subjects we think are of interest to our readers. For more information about how we work with commercial partners, please read our Sponsorship Editorial Independence Policy.
If you're interested in becoming a Preferred Partner please click here.
Next Up :
Isekai Rondo is an upcoming pixel-art JRPG from KEMCO that's now open for pre-registration on Google Play