Pavilion is a hauntingly beautiful experience. It's a puzzler in the same vein as Monument Valley with gorgeous hand drawn environments. 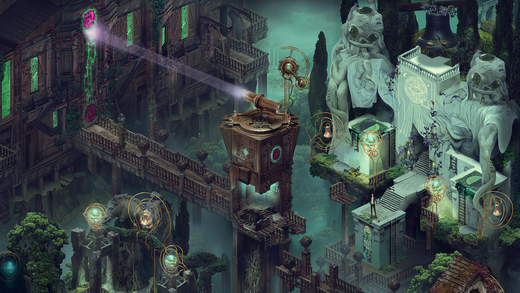 You also don't control the character directly. Instead, you have to interact with the environment to pique the interest of the character.

This is one best experienced yourself though. At review, we gave it a Gold Award and described it as: "A deeply enthralling adventure game that does things differently. You really, really need to play this one".

The App Army is Pocket Gamer's very own community of mobile game experts. Each week, we provide them with a bunch of free codes and early access to the hottest upcoming games so they can provide their thoughts in features like this. We also host regular community-driven events with them in mind like tournaments, giveaways, and multiplayer evenings. To join, simply follow this link to the page on Facebook.
Next Up :
MIR M: Everything you need to know about the play-and-earn MMORPG, out now on iOS and Android

Pavilion: Touch Edition review - An indie gaming masterclass in how to do things differently