Can you tell which is which?

Okay, I've got to hold my hands up and admit that this Pocket Gamer exclusive video of Pac-Man Championship Edition caught me out.

Namco Mobile just sent us over this head-to-head comparison of the forthcoming Xbox 360 and mobile update of the classic dot munching arcade game, challenging you to take a guess at which is which.

The Xbox 360 version was recently nominated for Best Downloadable Game at the eighth annual game developers choice awards, and given that the two versions are clearly saw similar, but also speaks very highly of the mobile game.

Take a look at the hyper neon reinterpretation of the most popular game of all time in the video below and let us know if you guessed which one is the mobile version of Pac-Man Championship Edition. 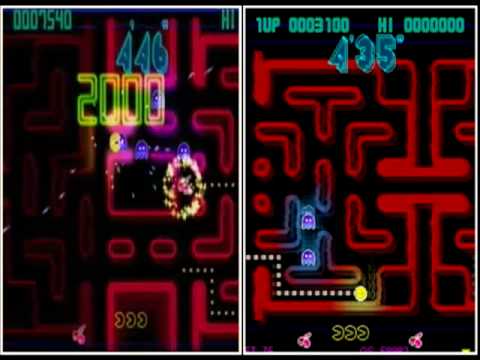 Pac-Man: Championship Edition finally released on PSP Minis in US

Hands on with Pac-Man Championship Edition on mobile