Out at midnight: Overtime Rush is a frozen tower defence game with ice hockey elements for iPad and iPhone 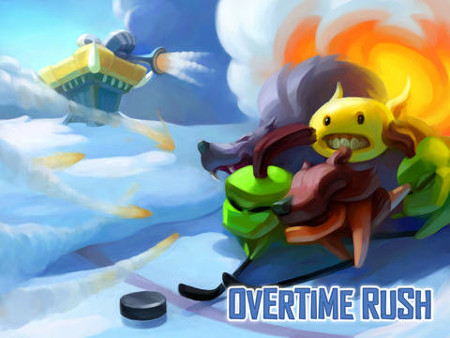 Overtime Rush is a frozen tower defence game with a few tricks up its sleeve. It's just hit the App Store in New Zealand, which means it should be hitting the UK at midnight tonight.

The game takes its visual cues from the likes of Kingdom Rush, as you might expect from its name, but adds in some slightly odd ice hockey overtones as well.

You're still building towers, killing monsters, and using the cash from felled foes to upgrade your war machines, but the bad guys have hockey sticks and thwack pucks at your home base when they get too close.

It's all a bit weird, but it plays pretty well, and if you're a fan of tower defence games you're likely to find something here you'll like.

The game should be out in the UK later tonight, and it won't cost you anything to pick it up and give it a go.