From the creator of Canabalt

Overland combines turn-based tactics with a desolate journey across a ruined modern America.

It's the next game from Canabalt creator Adam Saltsman and his team at Finji. It should be out for mobile and tablets in the summer of 2015.

Speaking to Pocket Tactics, Saltsman said that the idea for Overland started with a question: "what if you took XCOM and made into something cozier?"

The idea, then, is to create a tactical experience that even those who aren't into strategy games can enjoy. To do this, Overland relies on simplicity and visual feedback, rather than clusters of stats and spreadsheets.

"[I]n Overland there’s no HP — the people in your squad are either basically OK, almost dead, or dead. It's about having nice clean discrete states, and we've taken that across the whole design. A big touchstone for us is Sarah Northway's Rebuild." 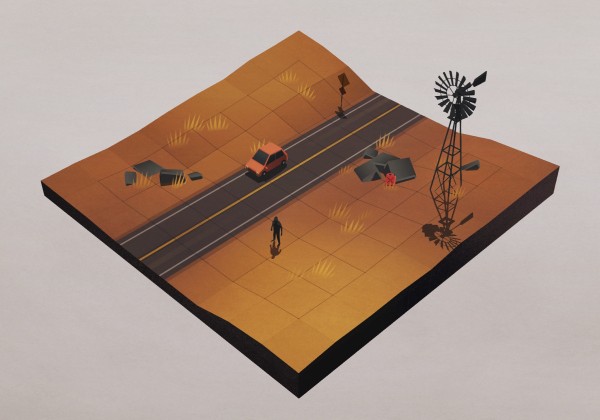 Saltsman also name drops 868-HACK's small grids as being an influence on the game's stylings - keeping it compact and easy-to-understand.

In actuality, Overland shares the dioramic look of Hitman GO, as can be seen in its first screenshots. Each area is a small grid with a 3D slice of the bleak surroundings inside of it.

As to the setting, Saltsman gave a brief overview but refused to go into the details of the story:

"Something is wrong with the Earth. Something happened in the 1970s, something that is starting to create a feedback loop. There's no going back, so your quest isn't to save the world — the world is unsaveable and it has been for a while. You’re just trying to find a place in it." 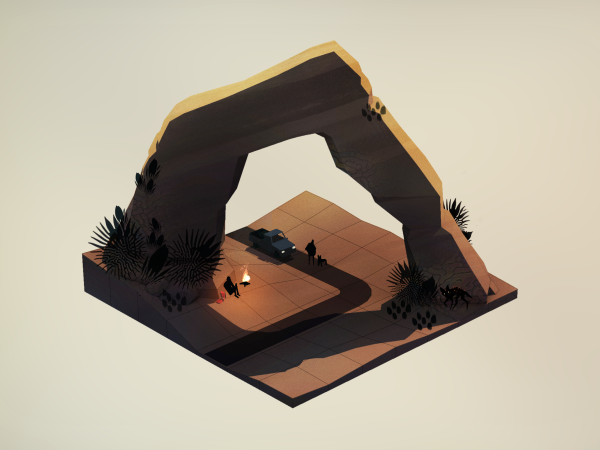 It seems that the journey will feature plenty of xeric ground, arches of rock, and loners gathered around barrel fires. Your mission is to get a group of survivors across it all.

Look out for more details on Overland as they arrive on its website. We'll make sure to keep you updated too.