Of the games confirmed for Apple Arcade there were a few curiosities — little delights which I wasn't expecting to see on any showreel. Easily the biggest surprise was Finji's Overland. We've known about it since early 2015, but the Apple Arcade announcement is a big, visual nod to its planned release later this year.

Finji is probably best known for publishing Night in the Woods and creating Canabalt — easily one of the most important infinite runners in the genre. However, many people will also have heard about Overland, an isometric roguelike played out in a America which has suffered a full societal collapse.

Overland plays out through a series of interlinked dioramas, cutaways of towns, woodlands, service stations, all ravaged by time and the collapse of humanity. Your goal, as with many of the games in the Oregon Trail inspired 'Rogue Trip' genre is to head in a direction until you find salvation. Much like its genre fellows you've got some light instructions on the way — in Overland's case you must head West, steal a car, find some gas and recruit friends.

This isn't so different in its basics than most other games of the sort. Where its neighbours FTL: Faster Than Light, Organ Trail, and Death Road to Canada — to name a few — tell their own journeys through events, outposts, and overwhelmingly dense combat sequences, Overland excels in its surprisingly distilled turn-based scenarios. 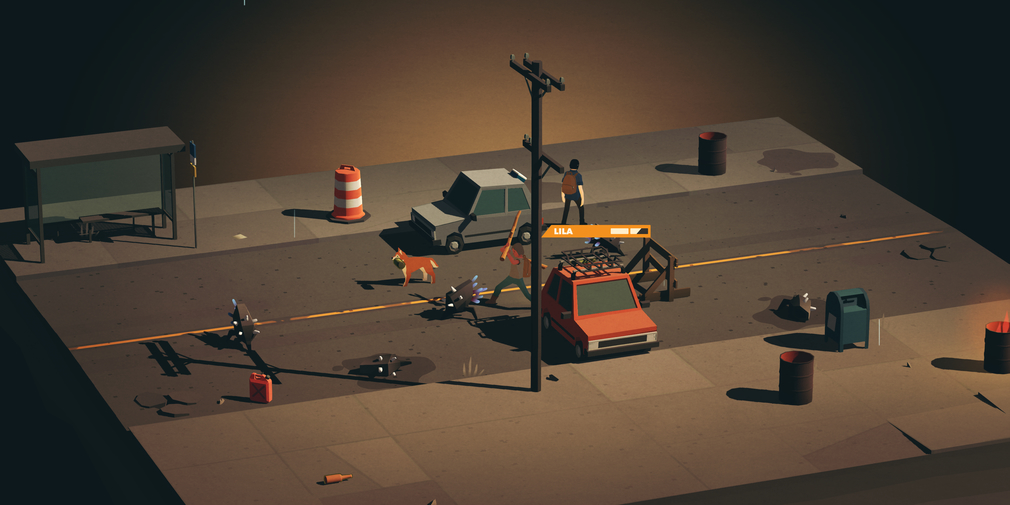 By it being distilled, what I mean is that it is incredibly simple and easy to pick up. I've been playing through in-development builds of the game over the last couple of years, and it still remains something I return to in quiet moments. Its controls are incredibly simple, on PC its left click to move or interact and right click to change character. Picking up items, attacking, using your inventory, recruiting, ramming your car into a freaky alien, all of these things are done with exactly the same input command. This makes Overland extremely suitable for mobile, and its snazzy low-poly art style scales wonderfully.

And all of that said, it might be easy to get into and understand, but it is incredibly difficult to master. There's enough of a variety of items, enemies and scenarios that using each of your character's two action points up per turn is thought-provoking. It's definitely a thinker's game.

Overland is a great fit for mobile devices, and I don't doubt that it's going to be a big deal when it comes to iOS through Apple Arcade and other platforms in time.