Hands-on with deep space exploration sim Out There for Android

What IS out there

In the last half hour, I have been left stranded on the event horizon of a black hole after my fuel tanks ran out.

I've also exchanged words with a skittish alien empire that offered me an impossible element then ran away.

Oh, and I've freed an energy-based squid from its prison, only to have my hull crushed by way of a 'thank you'.

This is Out There.

It's a mash-up of science fiction stories wrapped in an inventory-juggling desperate crawl for survival.

It's a relentlessly cruel and hopelessly optimistic experience at the same time. After each terminated epic space adventure, you're left smarter and better prepared for the next.

You play as a pilot stranded in space, who fashions a device capable of warping space time and sets out to explore the stars. There's more plot than that, in truth, but I don't want to spoil anything. 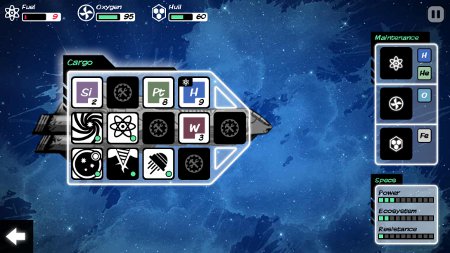 The universe in which you're almost certainly going to die is massive. Hundreds of stars spread across an almost psychedelic backdrop, each with a set of planets orbiting it.

Your epic journey of discovery is broken up into these solar chunks. Along the way, you need to mine the planets you discover to replenish your fuel supply, mend your stricken hull, and fill up your oxygen tanks.

At once, you're balancing the desire to go farther with the gnawing understanding that 'going farther' will almost inevitably leave you dead and drifting in space. 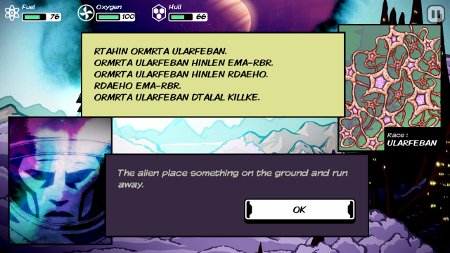 And so you pick your way through the cosmos, skirting the far reaches of your limits while hoping against hope you can grab the elements you need to extend your adventure in the next system.

It's not all mining and dying, though.

You'll meet and interact with new civilisations; discover and craft technologies to help you on your way; and encounter all manner of bizarre phenomena as you explore farther into the unknown. 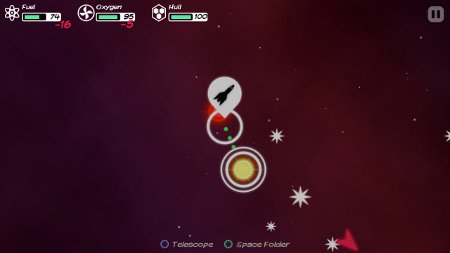 Out There is in beta on Android at the moment, although it's only available if you pre-order. In the time I've spent with this work-in-progress build, though, I've seen a vast number of imaginative ideas, a wide galaxy to explore, and a thousand fatal consequences.

Out There is an intriguing slice of adventure, then. Whether or not that level of interest can be sustained over multiple playthroughs remains to be seen, however.

All I know is that the next time I meet a squid with tentacles made of pure energy floating in an enormous barred cage in the middle of space, I'm going to leave it well alone.