Everything you need to know to win in Onitama: The Board Game for mobile

iOS + Android
| Onitama: The Board Game

Onitama: The Board Game is pretty great. It takes parts from a bunch of other experiences, then joins them together to create something that's perfect for mobile, and also really rather special.

But don't let the simplicity of the play fool you, because this is a game that can go badly wrong very quickly if you're not paying attention. The limited possibilities each move offer mean that thinking through what you're doing is the key to success.

There are other tricks and tips we've picked up during our time with the game as well, so we thought it'd be a good idea to lay them all out for you. Which is what this feature is all about - getting you better at Onitama.

If you've got your own suggestions then feel free to share them in the comments section at the bottom of the article. Although if they're too good, you might want to keep them to yourself.

And last but not least, make sure you click here to check out all of our guides to mobile board games. There's some great stuff there, and we like to think we're helping you out. Right then, on with the guide.

You need to look at Onitama like a game of chess, albeit a simplified game of chess where the moves can change. The thing is though, you can see what your opponent has, and you know roughly what cards you're going to have to play in the coming turns.

The nice thing about Onitama is that you can see what moves your opponent is going to have at their disposal in their next turn. That means that while you're planning what to do, you're aware of the safe spaces that exist on the board.

This gives you two options. First you can make sure the piece you're going to move is definitely going to be safe. Or, secondly, you can make sure that your piece is moving into danger. This is where bluffing and sacrifices come in - trying to tempt your opponent into a mistake you know is one of the limited moves they can make in their next turn. 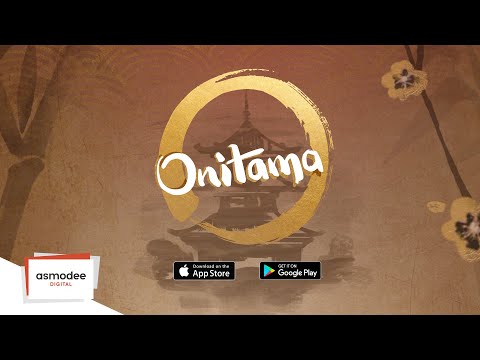 There are two ways to win in the game, so deciding how you're going to do it is pretty important. You can choose to move your sensei to the opposition's dojo, or try and take your opponent's sensei off the board by taking it.

Your plan doesn't have to be set in stone, because there are actions your opponent might take that are going to shift it, but having a vague idea of which end you're chasing will set you in good stead. Just make sure you can adapt if things go awry.

4
What does your opponent need?

Look at the cards in your hand and the cards in your opponent's hand. One of the two in yours is going to go over to the other side for the turn they take after their next one. That means you can constrain their choices when you make yours.

Onitama ebbs and flows a lot during play, and making sure you know who's on the front foot at any given time lets you modify your play to react. If you've lost a couple of pieces and you're backed into a corner, you need to think about how to get yourself some space, for example.

It's not always easy trying to tip the scales back in your own direction, but trying to give your opponent cards that aren't going to help them out is a good start. And when you're down to two pieces, try not to huddle them together. That gives your foe more to focus on.

Missed the high kicks and low blows of our Onitama: The Board Game stream? Catch up right here

Ever wanted to see James Gilmour pull off some sick kung fu moves? Well you're in luck then

Get ready for high kicking, a-bit-like-chess action in tonight's live Twitch stream of Onitama: The Board Game

Onitama: The Board Game review - "A short, sharp, entertaining mix of chess and Clash Royale"