Oceanhorn: Chronos Dungeon, the sequel to 16bit’s popular old-school roguelite, has been out on Apple Arcade for well over a year now. It received a major content update called The Hero’s Path back in March 2021. Today, an even greater update has been released. Cornfox & Brothers are looking to take its dungeon crawler to the next level. Oceanhorn is being enhanced and retitled with a shiny new name - Oceanhorn: Chronos Dungeon – Golden Edition. 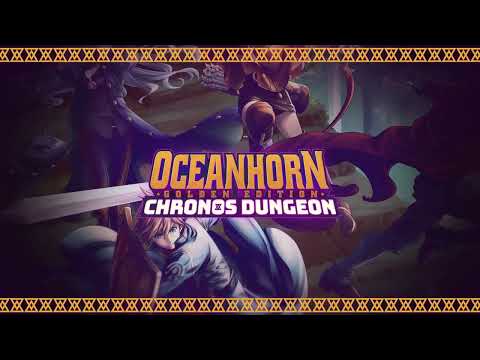 It is set to introduce a whole new town to the game. Called Nexus, it is a place brimming with activities. Players will come across loads of new NPCs to interact with, special items, powers ups, and more. There are also new levels to reach and foes to battle. A lot of inspiration has been drawn from Oceanhorn 2: Knights of the Lost Realm and players can expect enemies, mini-bosses, familiar faces, legendary weapons, and a lot more to show up from there in Chronos Dungeon.

Nexus is a new town full of lore, four legendary weapons have been added, there are new special items and power-ups, more levels have been crafted, and, of course, a lot of polishing and improvements have been made throughout the game. Upgrading to the Gold Edition requires no payments as all subscribers of Apple Arcade can just download the latest update.

Also, check out these cool Apple Arcade games to try out!
Next Up :
Abandon Ship, an action-adventure game that lets you become a pirate, is out now on Android and iOS