The PSP store closes today, but the games are still available to buy on other stores

Today we bid farewell to the PlayStation Portable online store, which closes for good across all regions and prevents owners of the handheld from buying any games from there. The games will, however, continue to be available to purchase on PS3 and Vita stores.

When Sony announced the closure of the PSP store earlier this year, it was thought that all PSP games would cease to be available for purchase once the 2nd July date rolled by. However, an updated message on the PlayStation website (caught by Video Games Chronicle) reads: “You’ll still be able to purchase and play PSP content that is available on the PS3 and PS Vita stores. However, you’ll no longer be able to make purchases via the in-game store for PSP content.” 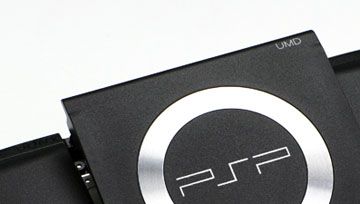 PlayStation Vita handheld consoles can also play digital PSP games via backwards compatibility, meaning many of these games will not be lost to time as was previously thought. If you own a Vita or a PlayStation 3, you’ll also be able to continue purchasing these games and enjoying them on the console they were intended for.

Sony had also announced the closure of the PlayStation 3 and PS Vita stores earlier this year, but reversed its decision to do so due to backlash of the business decision. They were originally due to close on 27th August.

Still, it’s only a matter of time before Sony re-reverses this decision and closes those stores for good, raising issues of preservation and accessibility. At the very least, those games need to be made available on other platforms just like the PSP’s are.

Own a PlayStation Vita but don't know which are the best PSP games to get for it? Don't worry, we've got you covered. Check out our list of the best PSP games to download to your Vita.
Next Up :
Ninja Must Die is an upcoming combat-focused action runner with stylish ink-based visuals, now open for pre-registration

Studio Onoma, otherwise known as Square Enix Montreal, is set to delist four of its games including Deus Ex GO in a few weeks