So, let's focus on the best iPhone and iPad games of the week. Like satisfying Soviet strategy gem Drive on Moscow, or finger-flicking skate-'em-up Touchgrind Skate 2, or cute virtual pet sim Hatch.

Think we've missed a top new iOS game? Shout at us in the comments section down low. 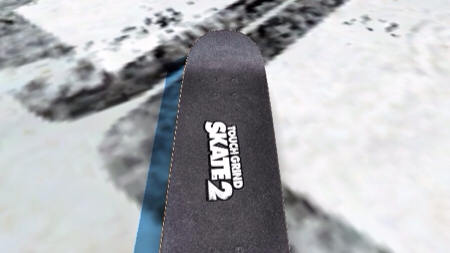 It's been a long time coming, but Touchgrind - a much-loved game from the very early days of the App Store - finally gets a sequel this week. It's another tricky multi-touch skate sim that will take some serious determination to master.

But when you do get to grips with the controls - where you'll be poking, flicking, and touching a magic self-propelled skateboard - you'll find a wonderfully addictive and rewarding sports game.

The game's got competitions; three skateparks to check out; a whole heap of tutorial videos; and the ability to save and share footage of your best runs.

Also out this week… 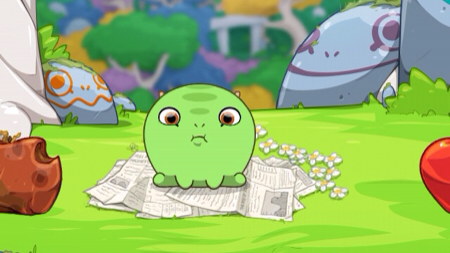 A cute, relaxing Tamagotchi-style virtual pet for your iPhone. Things move slowly in this charming and beautifully animated kids' game, but you get to feed your Fugu pup, and play with it. If you treat your phone like a pet as it is, check this out.

Clumsy Ninja
By NaturalMotion - buy on iPhone and iPad (Free) 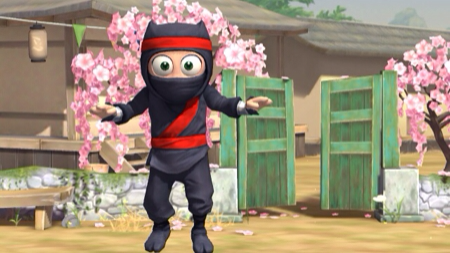 Another virtual pet. This time around, though, you'll be abusing a clumsy ragdoll ninja. You'll start by messing around with him, dangling the little guy from balloons and bouncing him on trampolines. But you'll eventually unlock quests and story stuff. Worth a download. 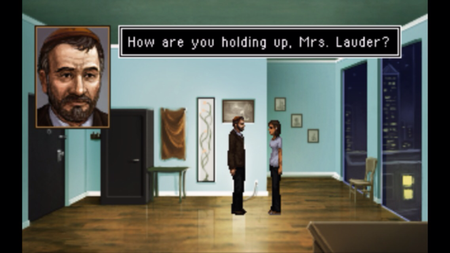 A brief but satisfying point-and-click adventure about a New York rabbi who decides to play detective. You'll follow clues and solve smart puzzles while uncovering a thought-provoking storyline about faith, guilt, and morality. 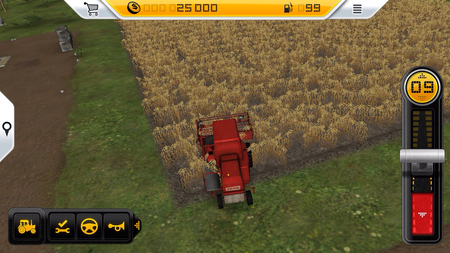 Forget FIFA - this barmy European agriculture game is the new annual franchise to watch. This year, the slow-moving world of crop collection is enhanced with more real-world farming machines and online multiplayer. Who wants to join my clan? 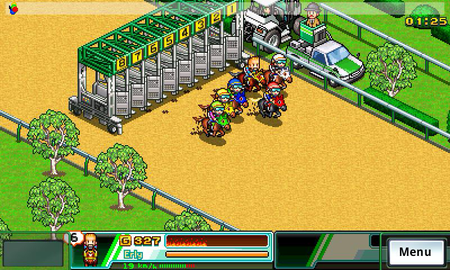 In the latest iOS sim from Game Dev Story game dev Kairosoft, you are put in charge of a horse racing empire. Reviewer Mike called this "the least entertaining and least addictive Kairosoft game to date", but management obsessives will still want to check this out. 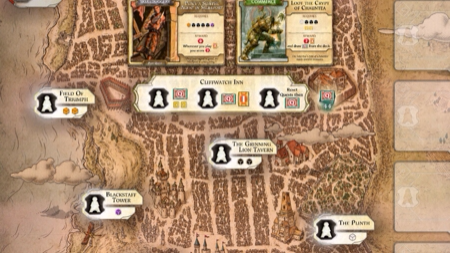 In this new Playdek boardgame, you are cast as a member of Waterdeep's shadow government, and you've got to recruit heroes to go out on quests and increase your influence over the city. It's got a whole suite of multiplayer modes - including pass-the-handset, and both asynchronous and real-time online play - all for up to five players. 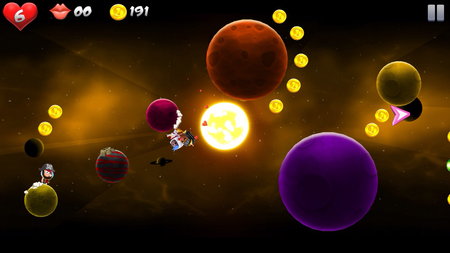 A cute and polished one-tap platformer from Crescent Moon, who take the auto-runner into an intergalactic field of planetoids, asteroid space caterpillars, and gravity wells. Whether or not the game's babe-saving concept is sexist is open to debate. 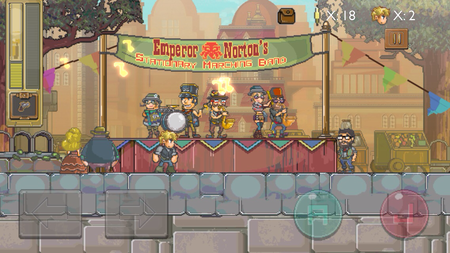 A steampunk-style Mega Man knock-off with good controls, detailed pixel-art, and a lot of content to work though. It's a little rough around the edges (from spelling mistakes to an eyesore interface), but it's got a lot of 'heart'. A good retro romp. 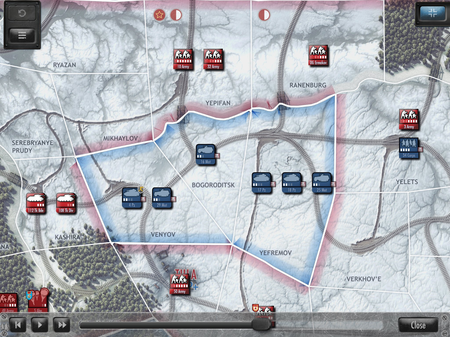 A follow-up of sorts to Battle of the Bulge. In this historically accurate strategy game, you try to take the Soviet capital (or defend it from Axis forces). It's got more units than Bulge, all-new weather effects, and a suite of multiplayer modes. If you're a strategy fiend, this will probably be your game of the week. 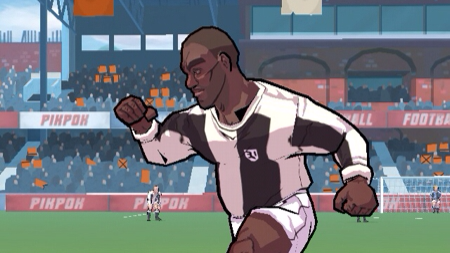 Potentially the best Flick Kick game yet. In Football Legends, you take part in a series of lightning-quick swipe-driven mini-games where you pass, shoot, and intercept the ball. It's all presented in a great cel-shaded style with mutton chops, mullets, and moustaches.

A dreaded energy system could mean the red card for this F2P app, however.

Friendstrap
By Game Oven - buy on iPhone and iPad (Free) 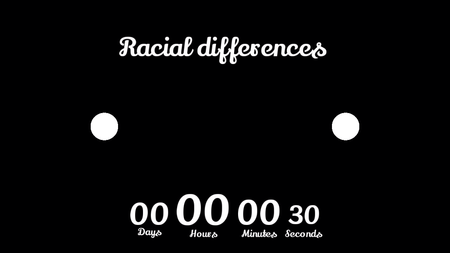 Fingle creator Game Oven makes things even more awkward in this single-screen multiplayer "game". Two players must discuss silly, invasive, and uncomfortable topics while holding onto an iPhone or iPad. Good for first dates. Not great for Christmas lunch with grandma. 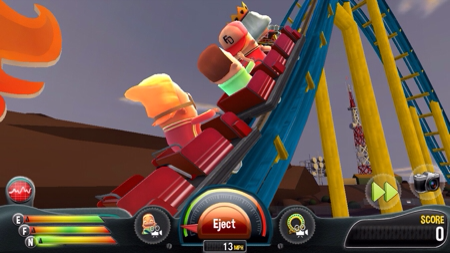 Frontier's fun-but-flawed roller coaster puzzle game has returned in the shape of this new premium version that doesn't have any in-app purchases or wait timers. You're still building insane 3D theme park rides to satisfy picky adrenaline junkies. We gave the free edition a Bronze Award. 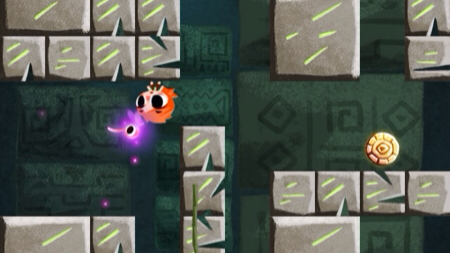 A clever "turn-based puzzle platformer" where you flick the screen to manipulate gravity and send Zuki flying from floor to ceiling, and from wall to wall, in the hunt of coins. It's cute, well made, and will keep you thinking. Check it out. 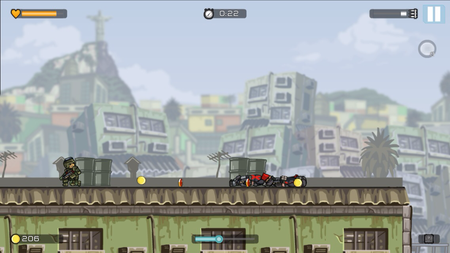 Not Doppler mixes platforming and shooting in this Canabalt-esque auto-runner. As an extractor, you'll bounce between rooftops and then hunker down behind cover and shoot enemies. Not bad, but the price is a little steep for a simple game with in-app purchases. 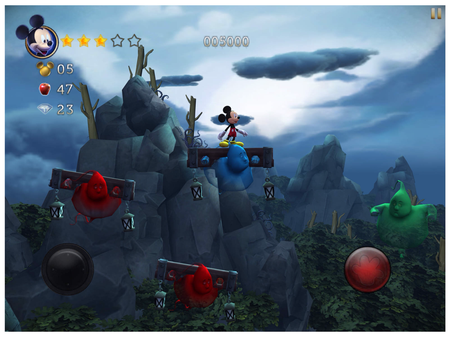 This HD remake of Mega Drive classic Castle of Illusion - a fantastical platformer about rescuing Minnie from a crazy chateau - just came out, so we haven't had a chance to try it yet. But the console game on which this iOS port is based got respectable reviews, so we're remaining cautiously optimistic. 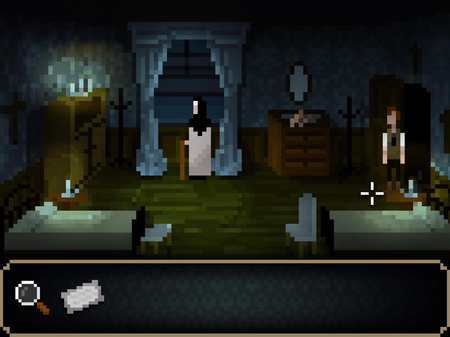 I don't remember The Last Door: Chapter 1, to be honest, but this ultra-low-fi pixel-art love letter to Lovecraft and Poe looks like a good time. It's an atmospheric horror game with point-and-click puzzles. Chapter 3's out next year.