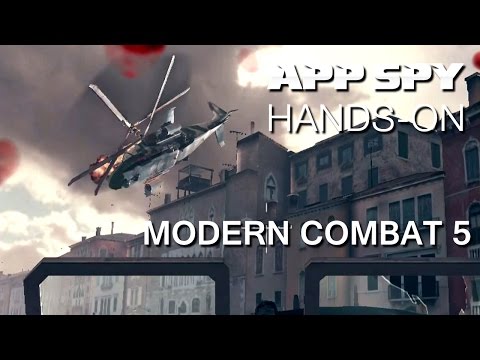 Our video-obsessed pals over at AppSpy have posted a hands-on preview of this week's most-anticipated new release: gung-ho Gameloft game Modern Combat 5.

The video covers the first level of the game, which features a shootout in Venice, a tussle with a helicopter, and a boat getaway down the city's famous canals.

Host James is playing on a fifth-gen iPod touch, so it won't look quite as posh as it does on an iPhone 5S or a beefy Android device. But you get the idea. The game's out on Thursday.

AppSpy
Next Up :
Three Kingdoms: Legends of War is officially out now on Android and iOS