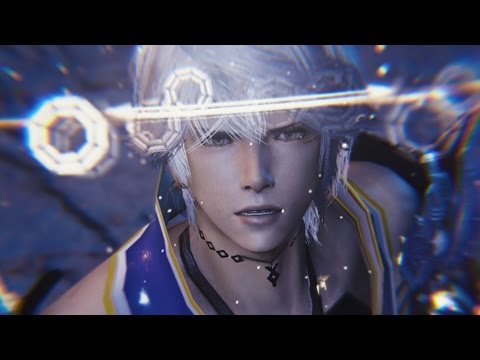 You can see the first new character, Garland, as he talks to Wol in a full suit of armour at 0:23.

The other new face is the fairy-like Eco, who flies around from 0:30 onwards, and later heals Wol in battle with a dragon.

After that, some of the jobs (like classes) in the game are listed, including Ranger, White Mage, Thief, Dark Knight, Hunter, Knight, and Warrior.

After that you can see more character encounters and battle scenes.

It all looks rather pretty. Which makes it all the more unfortunate that we don't know if and when we'll be able to get our hands on it outside of Japan.

Siliconera
Next Up :
Gordon Ramsay’s Chef Blast tasks players with renovating a run-down kitchen in the latest Kitchen Makeover update

Mobius Final Fantasy - All skill cards for EVERY job