About a month ago we found out that the cool card-battling RPG Meteorfall was getting a new update. Though we'd expected Necrodude to be hitting out around late March, it looks like we might be getting it around May 9th. 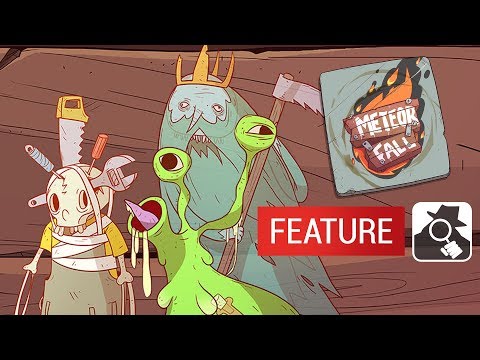 Subscribe to Pocket Gamer on
Yesterday on Twitter, Slothwerks gave us a little more information about the update process and why it's been a bit delayed. Though the update was mainly complete and mostly tested, the turnaround time for features in China is the key reason.

As they say, "These features are a pretty big deal. Getting chosen as App of the Day, as Meteorfall recently was in China, is worth at least a few months of sales in the rest of the world combined. It helps fund the free content updates."

Not that we're mad about the delay anyway, but as far as reasons go it's a pretty solid one. Better still, once this update is out, there's already another one in the making which adds new enemies and challenges for those who have already bossed through the game.

Meteorfall, Slothwerks' popular deck-building roguelike, will be getting a new hero soon

Gold Award-winning Meteorfall's next update is certainly gonna be Demonic