It will run from today until February 22nd

Since launching back in September 2019, Gram Games' Merge Magic has hosted a number of events. The latest will celebrate the Lunar New Year with a host of in-game events to complete that will unlock a plethora of treasures.

These quests will also enable players to heal their lands, gather points and unlock those aforementioned treasures, which can then be taken back to their camps. The event will only be around for a limited amount of time, however, running from today until 22nd February.

During that time, players will be able to get their hands on two of last year's most coveted creatures, the Monkey King and the Metal Rat. Both have reportedly returned due to popular demand from the fanbase and will only be around during the Lunar New Year Challenge, so act quickly if you'd like to collect them.

Discussing the Lunar Year Event, Eren Yanik, Chief Product Officer at Gram Games said: “There have been plenty of virtual celebrations taking place for this special Lunar Year of the Ox.”

They added: “With this event, we hope that our global community of players can celebrate Lunar New Year together in Merge Magic! while enjoying some incredible in-game rewards designed to bring color, fun and entertainment to their weekend celebrations.” 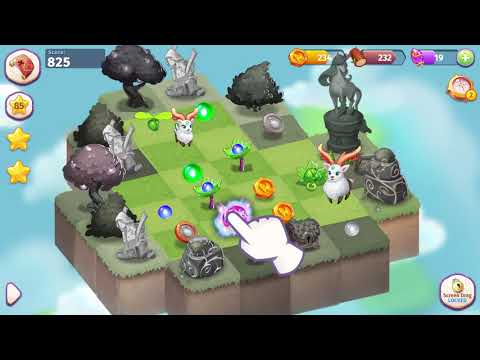 If you're unfamiliar with Merge Magic, as the name implies it's another entry into the popular merging genre. It sees players hatching magical creatures from eggs before evolving them into something much more powerful. There are also numerous puzzles levels to solve which reward players with items that can be taken to their Gardens to collect and grow.

Merge Magic is available now over on the App Store and Google Play. It's a free-to-play game with in-app purchases.

Looking for some puzzle games to play on the go? Here are 25 of the best available for Android phones and tablets
Next Up :
Black Desert Mobile reveals new Drakania class alongside other major updates and announcements