Olle Landin’s recently released documentary Every Day is Indie Game Dev Day paints an intimate, concerning and occasionally joyful portrait of current mobile game development. It focuses on indie developer Martin Magni, creator of Mekorama and Odd Bot Out. We follow his day-to-day routine as he works on his latest, most ambitious game, Fancade.

It also explores the understandable frustrations and uncertainty that comes with giving your work away for free, something we’ve all just grown to expect with mobile games. Martin notes that his biggest hit, the excellent Mekorama, has been downloaded over a staggering 25 million times, though that his earnings from the inventive puzzler have been less than ideal given the immense size of its player base. 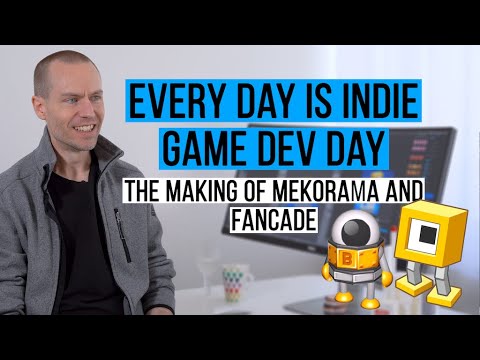 You could argue that part of the reason for this was the very trusting way he went about monetising Mekorama. Basically, it operated on a ‘pay what you want’ system, with no in-game incentive to pay anything. Everyone who downloaded the game had access to all its features and starter levels. Martin’s offer was ideal from a consumer perspective, but – for a solo game dev – it wasn’t a viable model.

Martin’s next project, the still-in-development Fancade, takes the level building of Mekorama and expands it into a veritable toybox for budding mobile game developers. It’s an ambitious project, one which embraces a more standard free-to-play monetisation model.

Once again, though, Martin has seen little return from Fancade’s ads and premium currency, which I can only imagine must be frustrating in the extreme. It casts doubt on the sustainability of solo mobile game development when even a title with an active player base, good reviews and a full-on free-to-play monetisation model can no longer feed its creator. 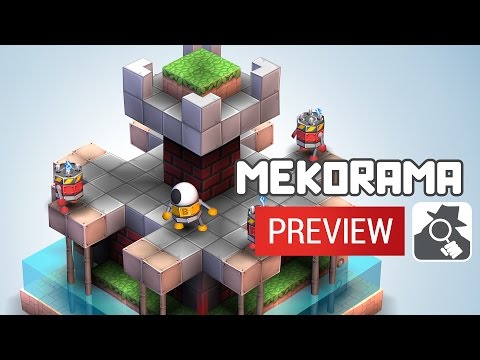 Even with all of these grave concerns, Martin finds joy in the passionate, creative community that has gradually grown around Fancade, which he views as the closest thing he has to a team. To make this even more wholesome, Martin’s mum acts as his first beta tester, running through his current builds. It speaks to the level of accessibility Fancade offers when Martin’s mum – who he says isn’t ‘your typical mobile player’ – can comfortably design her own levels using the game’s creative toolset.

If you’d like to get involved in the Fancade community, just follow this here link to the game’s Discord server. And I’d obviously recommend watching the documentary in its entirety to see Martin’s day-to-day creative process and hear more about his struggles with navigating the tricky free-to-play future of mobile gaming.

Mekorama walkthrough - how to solve levels 11 - 20