Develop2016 - Hands on with the Burnout-inspired MAXIMUM CAR

If you've ever longed for Burnout on mobile, your frustrated wait is coming to an end thanks to Maximum Car, an upcoming iOS and Android racing game that's set to launch by the end of 2016.

At Develop 2016, we caught up with Nicoll Hunt of I Fight Bears who expressed that he'd struggled to find a decent racing game on mobile for some time, so took it upon himself to create one - and that's where Maximum Car comes in.

Maximum Car is heavily inspired by Burnout, and requires you to race through five different themed worlds, taking down your opponents. You can do this the hard way by ramming them off the track, or the easy way, by firing homing missiles at them.

There'll be 100 different cars available at launch, all of which can be upgraded to increase their stats, using money earned by winning races and racing recklessly. We didn't see all of them during our session, but there was a pretty huge variety of vehicles - including some themed on the various worlds we visited. 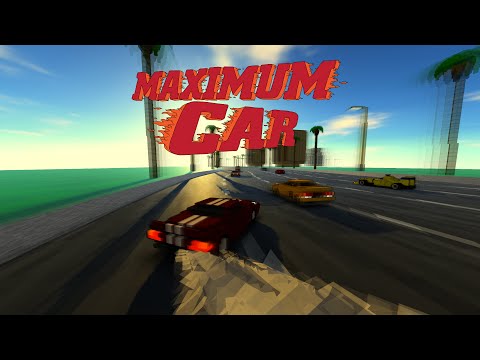 Races require tokens, which either recharge over time or can be bought as an IAP. You can pay to turn off this feature though, and effectively 'buy' the game.

Either way, you'll never be stuck for something to do though thanks to the endless mode. This plays exactly as it sounds, and is basically an endless runner. It's super handy for earning currency to upgrade your cars, or buy new ones.

The aptly-titled Maximum Car will launch later this year for free on iOS and Android, though we don't have an exact date just yet. We'll keep you posted.

How not to Burnout in Maximum Car - top tips and tricks