A wave of the wand

Given that Magic Touch: Wizard For Hire already got a Gold Award from us, it's hard to see how it could get much better.

The studio rolled out a a new update for the arcade squiggler today that adds a bunch of new content and improvements.

We're told that a second update is on its way as well.

Sticking to this first one for now, there are new spells to cast, new shapes to draw, new backgrounds, and new enemies to beat including a King Wizard (a boss, basically).

It also improves the shop interface, making it easier to navigate by breaking its contents into categories. 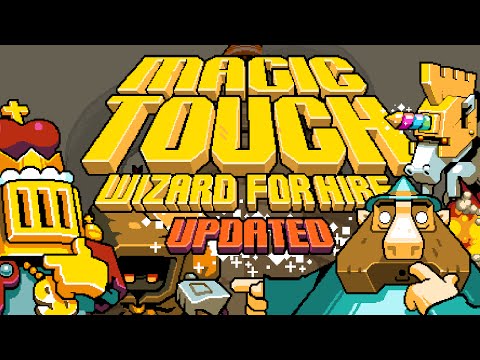 Oh, and we know that there are plenty of you interested in this update. How? Nitrome tells us that Magic Touch has been downloaded over three million times now.

If you aren't one of those people, you can download Magic Touch: Wizard For Hire for free on the App Store, Google Play, and the Amazon App Store.