The massive expansion out right now on iOS 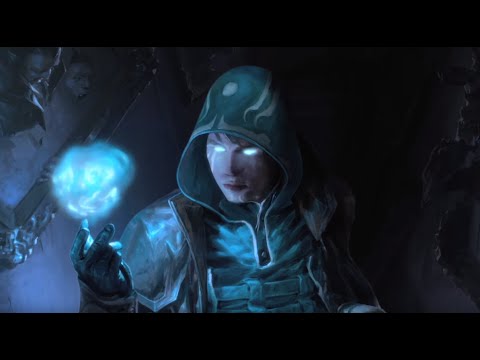 Shadows Over Innistrad is available right now from the App Store, and features a horror-themed story about a power struggle between good and evil.

And that involves dealing with dangerous werewolves and vampires, and the monstrosities created by mad scientists in their secret labs. It's all hands on deck, both literally and metaphysically.

Magic Duels players will likely be much more excited about the new cards to earn though. There are over 300 unique cards, and they're based on Magic: The Gathering's Shadows Over Innistrad and Oath of the Gatewatch sets.

On top of that, there's a bunch more content to explore like skill quests, but you'll have to check it out to discover it all.

For the uninitiated, Magic Duels is a digital trading card game based on the extremely popular Magic: The Gathering brand in which you experience a ton of iconic moments from the franchise in Story Mode, fight your friends in Battle Mode, or partner up with them in Two-Headed Giant Battle.

There's innovation in the form of an offline practice mode, where you can try out new decks against endless AI opponents until you're satisfied.

It's also incredibly accessible for a trading card game, with a handy tutorial that teaches you every aspect of the game. It really is the best way to learn how to play Magic: The Gathering.

If you're interested, head on over to the App Store right now to check it out with the brand new Shadows Over Innistrad expansion.

What's A Preferred Partner Feature?
From time to time Steel Media offers companies and organisations the opportunity to partner with us on specially commissioned articles on subjects we think are of interest to our readers. For more information about how we work with commercial partners, please read our Sponsorship Editorial Independence Policy.
If you're interested in becoming a Preferred Partner please click here.
Next Up :
Arknights' track "Immutable" gains recognition as composer Robert Wolf receives G.A.N.G. nomination

The 10 best new cards in Magic Duels: Shadows Over Innistrad

How to get started with Magic Duels: Origins - our beginners guide

Magic Duels: Origins isn't coming to Android - so here are some alternatives

Wizards of the Coast's new card battler Magic Duels: Origins is out now on iPhone and iPad [Update]