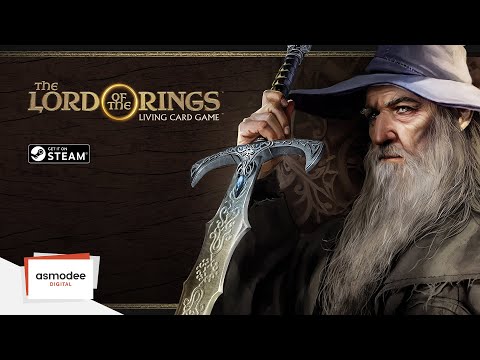 Today is an auspicious day. At 5pm UK time, James Gilmour is setting out on an epic quest to explore Middle-earth. And he's doing it all live on Twitch. No, this isn't some reality TV show, he's going to be playing Lord of the Rings: Living Card Game.

The game is a digital adaptation of a physical classic, and James won't be on his own when he heads out to tackle Sauron's minions. He's going to be joined by Luke, the community manager from Fantasy Flight Interactive, the dev behind the game.

Once James has been playing for a couple of hours, he's going to hand the reins over to Luke. Sort of like that bit when the fellowship decides to go in different directions. But probably not quite so sad.

This is the link you're going to need to click on to watch the stream from 5pm UK time tonight. While you're there, waiting, why not watch the recordings of some of our awesome recent streams. You won't regret a single second.

Sharpen your swords, because tomorrow on Twitch we're streaming Lord of the Rings: The Card Game

It'd be proper wizard if you joined us for our Lord of the Rings: The Living Card Game stream next week