Lock's Quest was originally released in 2008 on the Nintendo DS where it was a very well-received game. Since then it's been ported over to various other platforms where a more negative opinion looms over the game because of unfavoured changes.

Now, it's available for Android and iOS and here's hoping it's based on the DS version. There's a chance it might be, seeing as the original was designed with touch controls in mind and those present on the DS are obviously not to the same standard as a modern-day smartphone.

If you're unfamiliar with Lock's Quest then allow me to inform you. You'll play as the titular Lock as he dedicates the next 75 days of his life to defending his kingdom from the Clockwork Army and their leader Lord Agony.

The gameplay is a hybrid between a tower defence and action game. You'll set up your defences which include turrets, traps and other helpers to assist in warding off the Clockwork Army's advances. Once you've done that you'll head onto the battlefield yourself to go toe to toe with mechanised soldiers.

This will see frequently whacking them around the face with your wrench. But there's also context-sensitive Special Attacks and Super Attacks which can be used to devastate a number of enemies at once. 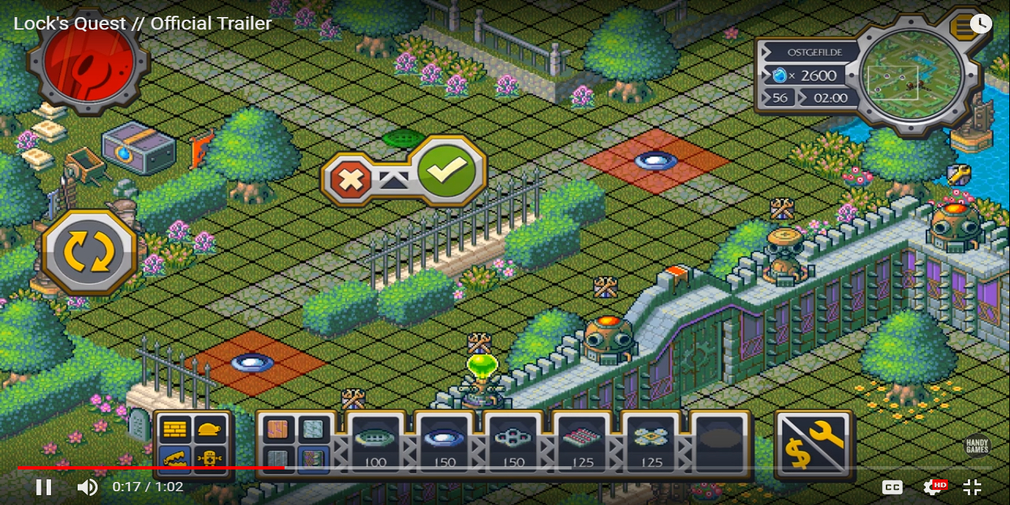 This version of Lock's Quest will also include an endless mode alongside its story campaign. Here you'll be able to fight the hordes of the Clockwork Army to your heart's content or until you get taken out.

If you're undecided on whether or not you want to pick up Lock's Quest, then check out our review of the DS version. Lock's Quest is available now on the App Store and Google Play. It's a premium game that costs £6.99/$6.99.

Check out our news section to discover the latest, and greatest, games.
Next Up :
The Walking Dead: All Stars, a brand new hero collection RPG based on the popular comic series, releases later this year