Tomorrow Corporation is hoping to set the iPad alight this Thursday with the launch of its unusual sandbox game Little Inferno.

In this flammable puzzler - which was originally released for PC and Wii U - you toss a variety of different items into a fireplace, and then watch them burn.

Once an object is reduced to cinders, it will spit out coins, which you can use to purchase new object to incinerate.

By burning specific combinations of objects, you earn stamps. These will speed up the delivery of purchased items and give you access to brand-new catalogues full of flammable goodies. 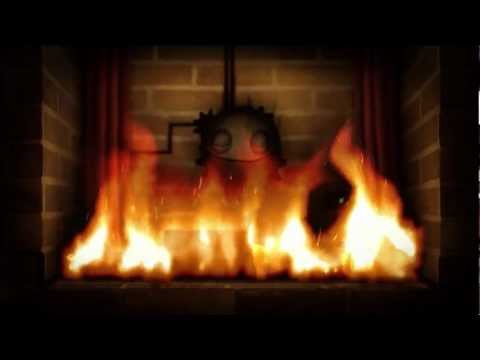 Though Little Inferno might sound like a slightly one-dimensional experience, the incendiary gameplay is actually underpinned by a surprisingly thoughtful - if understated - story, which delivers a satirical message on the nature of time wasting and freemium game mechanics.

With that in mind, it shouldn't surprise you to learn that Little Inferno will contain no in-app purchases. However, the game's dev has yet to confirm a price for the iPad version.

What we do know is that Little Inferno will go live on the App Store this Thursday, and will be compatible with iPad 2 and above.

Trailer for PC and Wii U version of Little Inferno.
Next Up :
Trivia Crack Explorer offers a single-player trivia experience from etermax, out now on iOS and Android