Everything you need to know about The Legend of Zelda: Tri Force Heroes

We go hands on with this three player Zelda romp

We've been playing Nintendo's new three player Zelda game, The Legend of Zelda: Tri Force Heroes ahead of its October 23rd launch. Below, we'll tell you everything you need to know about the game.

Still got questions? Chuck them in the comments and we'll try our best to answer 'em.

So what's this game all about then? 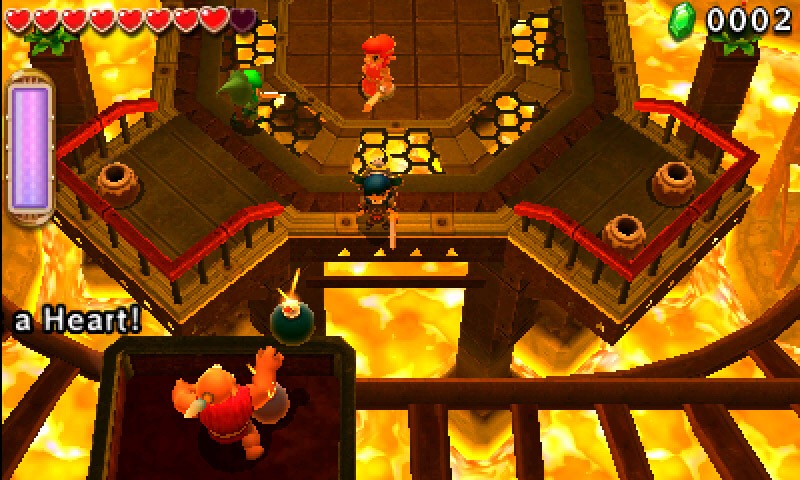 It's a new The Legend of Zelda game, where three players team up and go off on mini-adventures together. You'll work together, and even climb on each other's shoulders in a big totem to attack tall monsters and solve vertical puzzles.

Wait, I don't know two other people. Can I still play?

Yeah. You can go solo and use freaky doll-like "doppels" to help fight enemies and solve puzzles. You can only control one at once and they have no artificial intelligence so it's slow, and just not much fun.

Unlike the last co-op Zelda game, Four Swords, you sadly can't play with just two players. But if you go online with just one friend, you'll automatically be paired with a random third player. So that's something.

Finally, the game supports Download Play so your nearbypals don't need a copy of the game to play along. Just a 3DS.

Do I have to play the entire game with the same group? 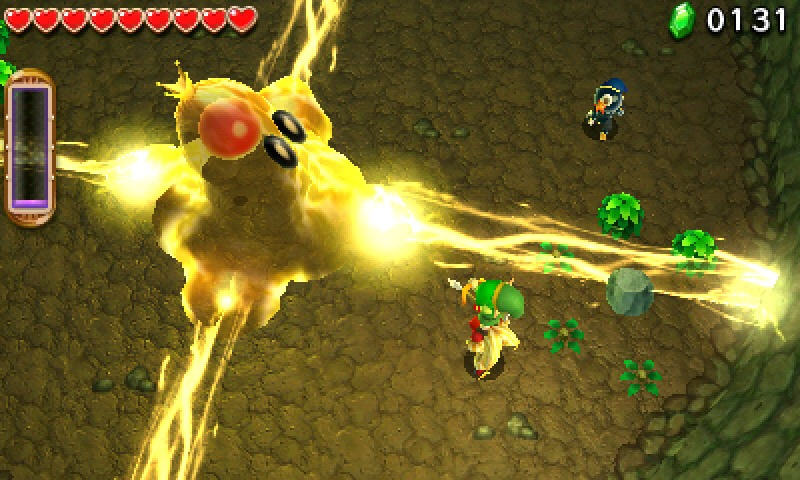 Nope. Your progress through the campaign is unique to you so you can dip in and out with different groups. Levels are designed to be replayable, anyway, complete with bonus challenges that appear on your second, third, and fourth play.

Everyone who plays gets to vote on the level you'll tackle. But you can only nominate the stages you have unlocked.

Mechanically, yes. It plays, controls and looks almost exactly like Link Between Worlds. You'll fight critters, use items (like a bow, bombs, and a rod that causes a pillar of water to shoot out of the ground), and solve puzzles.

But the puzzles aren't exactly tough, and the dungeons are really short as they're designed to be dipped in and out of in about 10 minutes each. However, the game really feels like a classic Zelda game during boss battles.

You've got the familiar puzzle-like way of figuring out how to kill the giant monster at hand. But you'll be working with all three players to best the foe.

One - a giant spinning disk, covered in spikes - sees you lobbing bombs in a hole at the centre. Then, you'll hop on each other's shoulders so the top-most Link can leap up onto the disk and start slashing the crap out of its squishy, cycloptic eye.

So is it all action, or are there towns and stuff? 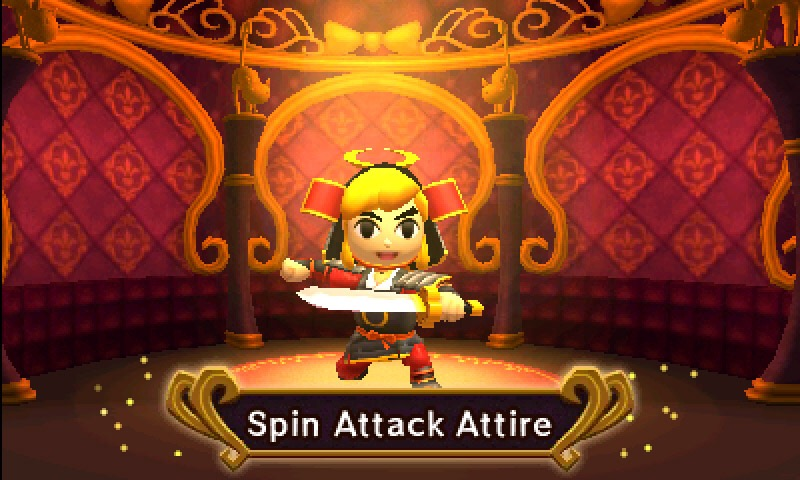 When you're play as a team, it seems to be all action. A stark difference from Four Swords, where you'd also come across villages filled with NPCs.

However, when you're on your own in Triforce Heroes you can explore a tiny town. Here, you'll get characters to chat to, shops to buy from, and mini games to play.

Wait, what do you buy in shops?

So the game is all about clothes. The story - some nonsense about Princess Styla and a witch who stole her sense of style - revolves around fashion, and so does the game's economy.

You'll find scraps of material when you play, and can buy more with the rupees you find in the game. Then, you can craft outfits which give you special bonuses when you play. One makes you shoot three arrows, another gives you more hearts, one makes your bomb blasts bigger.

And yes, you can put on a dress (Zelda's to be specific). But you have to play as Link. Or, well, a boy with the specific hairstyle and sideburns of the legendary hero. It's a hand-wavy way of explaining why everyone looks exactly like Link.

How is the online play? Lag-free? 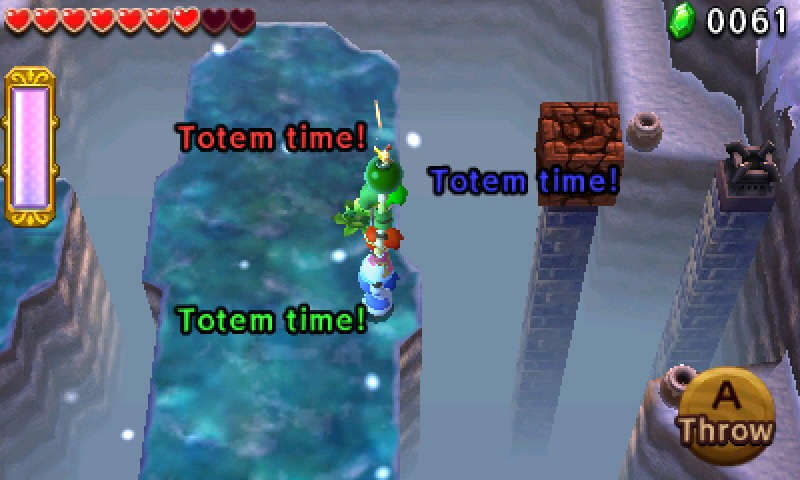 If you have a strong connection, it plays beautifully. If you have rubbish internet, like me, it slows down the game to a horrible crawl for everyone to keep everything in sync. So, get on a good connection before you play I guess.

Also, you can only play with people on the same region. That should help with latency issues, but is a shame if you wanted to play with friends from around the world.

Also, there's no voice support. When we played, we had to use Skype to communicate. You can send quick emoji-like messages ("over here!" "Totem up" "Item!") which should help out, but if someone doesn't understand the puzzle or how to defeat a boss it will be infuriating.

Is there a competitive element?

Not really. Everyone shares hearts and rupees, so you're working together in the main. But at the end of each stage, you'll each open one of three treasure chests and get different rewards. But that's more random than actively competing with each other.

If you want to do that, check the coliseum are where you can play two to three player battles. You can do this online or locally, but not through download play.

So should we be excited? 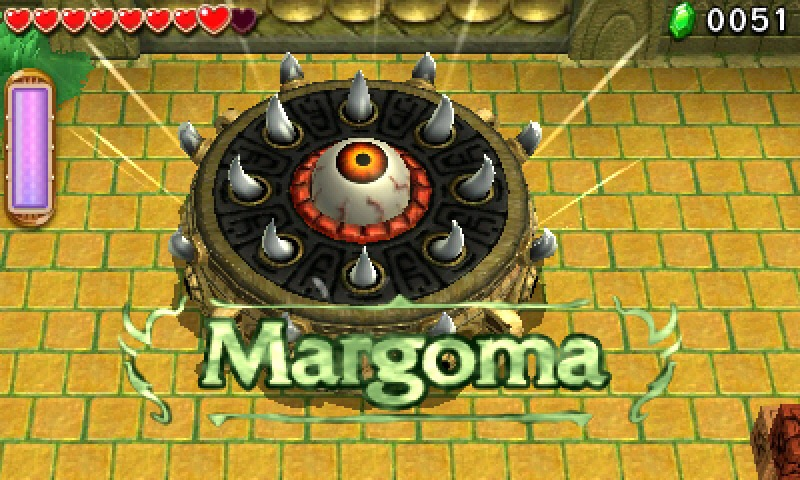 If you know two other people who want to play, and can get together on Skype or in the same room, you'll have a good time with Triforce Heroes.

It's not exactly a full Zelda experience, with the short dungeons and simple puzzles (so far), and a goofy spin-off world and story, but it's fun enough and has lots of smart ways to justify having three people working together.

But if you don't have a full crew on board, or you play Zelda for other reasons than combat, or you just hate Link Between Worlds's plasticky art style, maybe give it a miss. Or check out Four Swords on 3DS or Gamecube. They're better.

The Legend of Zelda: Tri Force Heroes gets over 30 new stages in upcoming free DLC

The Legend of Zelda: Tri Force Heroes is set to launch on 3DS in the UK in October

Nintendo: You can't play as a woman in Tri Force Heroes due to the background story

Legend of Zelda: Tri Force Heroes is a team-based co-op adventure, and we've got new footage of it from E3