Tension is somethings that's often difficult to capture in board games. Since it's built on the unknown, and you've already read the rulebook, finding the right balance between secrets and knowledge can be a tough ask.

But Kings and Assassins gets that balance pretty much spot on. It's all thanks to its asymmetric nature, and the simple fact that one player doesn't know who's trying to kill them and the other does.

It comes together to create a game of cat and mouse where the mice are never sure quite where the cats are hiding. And it's really rather brilliant.

The assassins are hidden in plain sight, visible as citizens to the player who's controlling the king, but marked out as potential murderers for the player who's in charge of their plan. Both sides have a limited number of action points to use each turn. 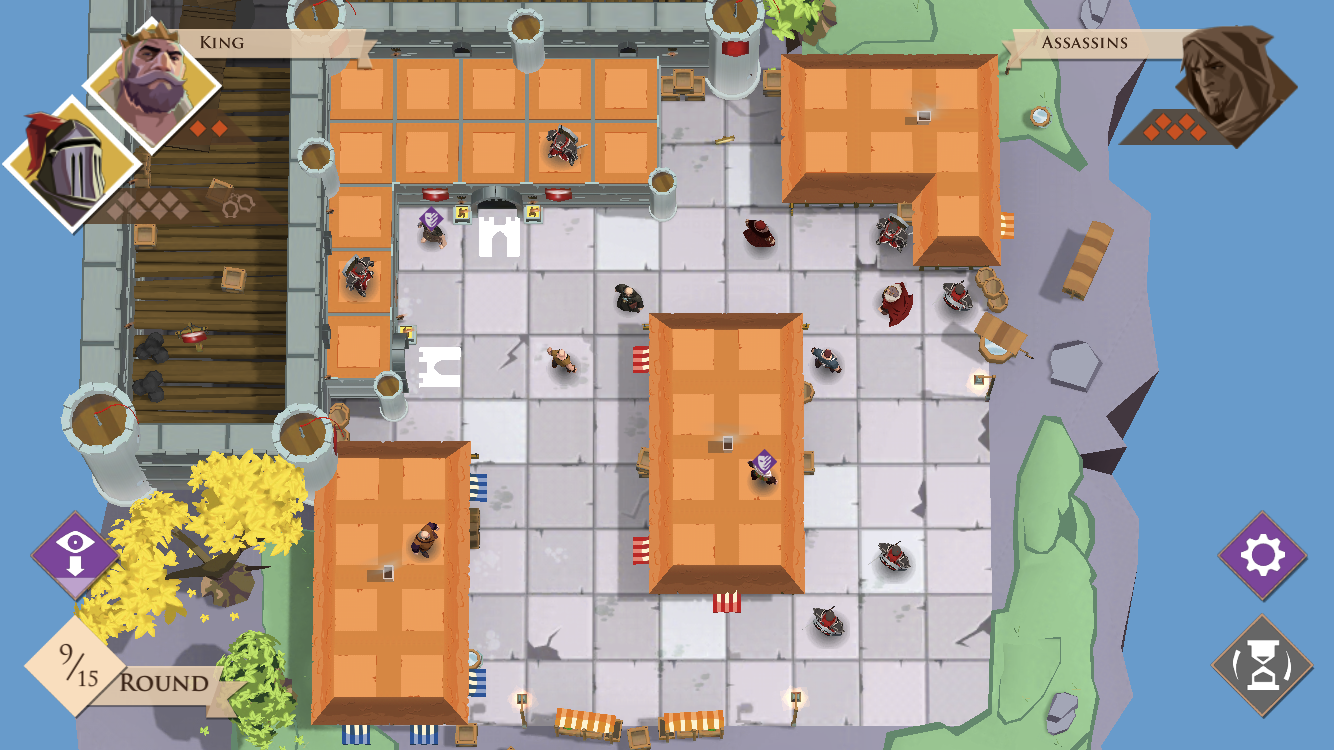 These points can be used to move, scale buildings, jump down from roofs, and attack. Knights can also shove citizens away, or kill assassins that have revealed themselves. Until the assassin player chooses to reveal their killers though, the king has no idea who they are.

The king will move cautiously through the crowd, using his knights as protection. The king can only move a short distance, but his knights have far more action points. The assassin player will try and bluff out the knights, making them waste shackles on citizens who don't actually pose a threat. 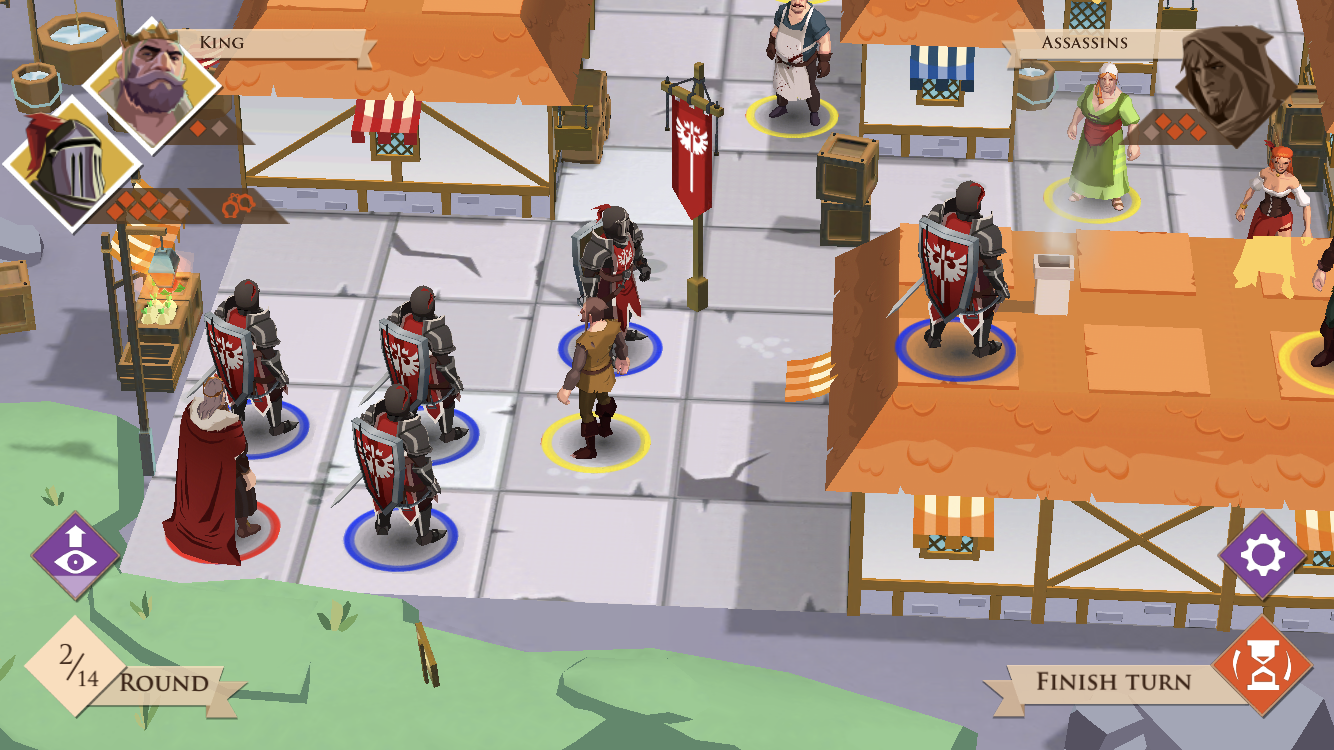 What follows is a sort of intricate dance where only one of the partners is aware of all the steps. The king needs to be hit twice to go down, but if the assassins manage to keep him out of the castle for all 15 turns, they win as well.

If the king captures or kills all three assassins, then the victory goes to him. It makes every move taut, every choice a difficult one. You can't cover all the angles, but you can't leave obvious gaps either.

The one thing that's slightly lacking here is a single player game. You can jump into multiplayer and bot duels pretty simply, and pass-and-play means you don't have to tidy anything up if you're playing in the same room, but a campaign or something like that would have been nice.

Still, this is a brilliant and intensely engaging board game adaptation that looks lovely and plays just as well. Players looking for a solo experience might not find what they're looking for her, but in terms of tense multiplayer action, Kings and Assassins is hard to beat.

Kings and Assassins might not have much allure for the solo board gamer, but it's hard to beat when it comes to multiplayer
Next Up :
Netflix Oxenfree review - "Reading the signals of a thriller story"