tinyBuild’s quirky action game, Kill It With Fire is releasing on 4th March for iOS and Android right alongside its launch on consoles.

It’s a game about protecting homes from humankind’s most ancient and deadly nemesis imaginable: the house spider. As a licenced exterminator, it’s time to fight back using an arsenal of increasingly excessive weapons to track spiders across suburbia and burn everything in your path.

When you normally get rid of a spider what do you do? Trap it under a glass? Scare it out the door? Not in Kill It With Fire, which arms you to the teeth with fire, bullets, explosives, throwing stars and all sorts of things to smush them with. Check out this trailer below, but be warned: arachnophobes may find the content distressing. 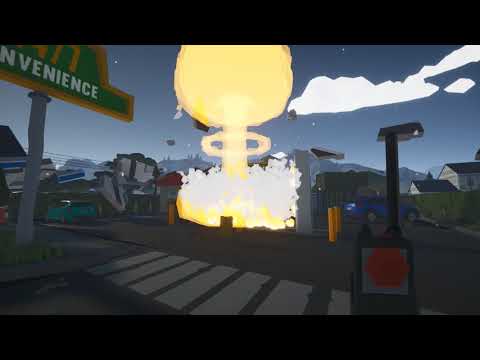 That doesn’t mean it’ll be an easy task. First you have to find them using state of the art arachnid tracking technology to pinpoint their location. There hundreds of potential hiding spots, but it only takes one encounter to unleash absolute chaos. Once you do find a spider, it’s time to torch everything to be sure you got it.

Kill It With Fire features a lot of unique weapons and eight different spider species, meaning there’s a pretty wide variety of things to do in the game. It originally released last year on PC, but the upcoming 4th March release will expand the game to iOS, Android, Nintendo Switch, PlayStation 4 and Xbox One (as well as PlayStation 5 and Xbox Series X/S via backwards compatibility).

Be sure to check out Kill It With Fire’s page on the iOS App Store and the Google Play for Android store. It’s a free to play game containing adverts.

If you enjoy playing action games on your phone, read our list detailing some of the best ones on Android.
Next Up :
Rivengard, a fantasy RPG by Snowprint Studios, is featured in Apple's Founder's Campaign alongside an assortment of other great games

App Army Assemble: Kill it With Fire - Is incinerating spiders as entertaining as it sounds?

Kill it with Fire review - "A fun take on pest control."