Not the endo the line

Hello Games has updated its bonkers iOS stunt sim Joe Danger with a handful of new characters, iCloud save support, and a few welcome tweaks.

First up, iCloud support. This means your save game is synced and saved on Apple's servers, so you can pick up your progress on a different iOS device. Here's a video of it in action.

Finally, all tricks now earn you coins, and Hello says it has "fixed every bug reported so far". 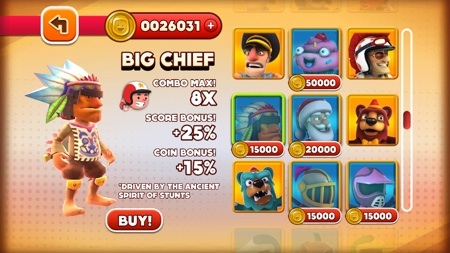 The British developer says: "We got a bit excited adding a few new game mechanics, and now that has potentially become something far, far bigger. But it's not quite ready yet."

Hello Games has also told Pocket Gamer that an Android version of Joe Danger is "definitely in our minds", though the team is currently focused on another iOS update and the big secret mystery thingy mentioned above.

The Guildford-based developer was also delighted to report that Joe Danger players on iOS have collected 8 billion gold coins in the game.

Luckily for us, the Hello Games guys are better at making games than they are at doing maths. We called Joe Danger "absurdly funny, perfectly challenging, and massively rewarding" in our Gold Award review of it.

"For the record, Mum, we don't get a dollar for each for them," Murray adds.