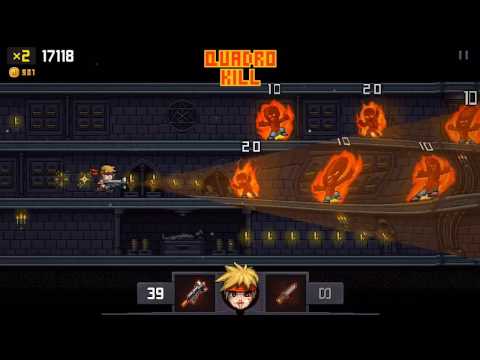 Subscribe to Pocket Gamer on
Joan Mad Run is an endless hybrid of gory shooter and lane-based runner from the developers of Tomb of the Mask and Into The Dim, and it'll be arriving on iPad and iPhone on May 3rd.

First revealed in 2013, Joan Mad Run follows the titular heroine as she annihilates enemies and bosses alike with an array of inventive weapons. Bisecting lasers, screen-immolating flamethrowers, katanas, and other more exotic arms round out your arsenal.

As you race through different locations, you'll face deadly bosses and dangerous traps, while collecting coins to upgrade your weapons and unlockable power-ups.

Joan Mad Run will be free to play when it launches on iOS next week.

Joan Mad Run - How does it compare to Jetpack Joyride, Subway Surfers, and more?

Kickstart this: Joan Mad Run is a splatterfest of an endless runner for iOS and Android