And we have the gameplay video to prove it 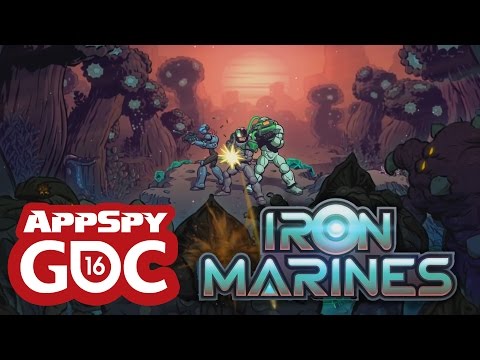 With the team's next project, however, they want you to not only fortify your position, but also take the fight to your enemy.

Iron Marines is an RTS designed from the ground up for mobile platforms. In many ways, the game looks very similar to Kingdom Rush. Tiny figures scamper across the screen to engage in projectile and melee combat as you throw up fortifications and upgrade combatants with a tap of your finger.

However, though it might not be immediately obvious, a lot has changed. The fantasy setting of Kingdom Rush has been replaced by a distinctly sci-fi backdrop. There are individual missions and objectives which must be completed, and a narrative of sorts stringing the encounters together.

Alysia Judge managed to get her hands on Iron Marines over at GDC 16 in San Francisco earlier today, and talk to the developer about the game. Check out a gameplay exclusive by watching the video above.