The battle to get featured in China is getting more intense, warns iDreamSky

Co-founder Lyndon on the narrowing market

The Chinese mobile games market is changing fast - and one person who's well placed to comment on those changes is Jeff Lyndon.

Executive vice president and co-founder of Hong Kong-based iDreamSky, he's been publishing western games into the Chinese market for the past couple of years.

The company has had big hits with the likes of Fruit Ninja and Temple Run 2, also working with Gameloft, NimbleBit and Doodle Jump developer Lima Sky.

Doing it for yourself

Lyndon says, it's not just the scale of the Chinese market that's changing, though, it's the culture.

"We're now looking for Korean and Japanese games to publish," he says. "I think over the next 6-9 months, the window for western games will be closing."

Lyndon argues that the Chinese mobile sector is going through a similar cycle to MMOGs, in which western games originally held sway because of their quality, before being replaced by more culturally respective games from Japan and Korea.

"This is now happening in mobile games, only quicker than with MMOGs," he says.

There are plenty of structural changes happening too.

Most notable is the consolidation of app distribution channels for Android content, which is now the dominant OS in China.

(As in the west, iPhone users are limited to Apple's App Store, but the lack of an official Google Play store in China has resulted in hundreds of stores springing up. It's here where the fastest consolidation is occurring.)

"Dealing with 10 platforms is harder than dealing with 400 app stores," Lyndon argues.

"Dealing with 400 app stores is just labour work, so you hire more people. Dealing with 10 platforms is more about minds games."

His point is that these major distribution platforms are run by some of the largest internet companies in China - the likes of Tencent, Qihoo 360, 91 Wireless (now owned by Baidu) - and the three major carriers - China Mobile, China Telecom and China Unicom.

"Distribution is getting easier, but as the channels get stronger, there are less featured spots to go around," Lyndon points out.

He adds that some of these channels develop and publisher their own games, meaning companies like iDreamSky will be competing against first-party titles.

Still, if the future is all about mind games and complex negotiations about revenue share, it's a game iDreamSky is playing well.

Only three third-party companies have been signed up for the launch of Tencent's WeChat gaming platform. They're providing a total of four titles, and iDreamsky is supplying two of these - Temple Run 2 and Fruit Ninja.

Lyndon says he expects WeChat to provide a strong boost to the Chinese mobile gaming market.

"But I don't think it will start with the same momentum as we've seen in Korea with Kakao," he says. "WeChat users aren't necessarily gamers so there will have to be market education."

As is happening more widely in China, this will be driven by higher quality content.

"With so much content fighting for few feature spots, quality is now key," Lyndon ends.

"China is not a numbers-driven market in terms of mobile game releases. No matter what some companies say, success usually comes from one or two hit games.

"The Chinese mobile game market doesn't have a long-tail." 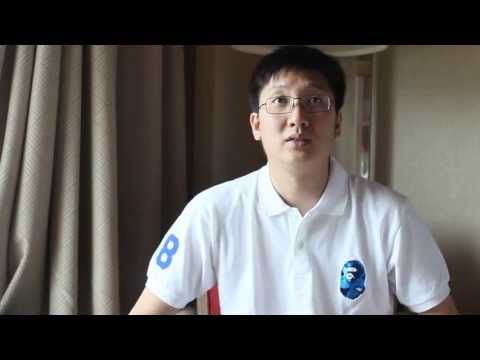 Subscribe to Pocket Gamer on
Next Up :
Apex Legends Mobile release date and everything we know so far