Hidden Folks is a striking Where's Waldo?-like hidden puzzler in which you have to find specific characters and items buried in a bunch of different scenarios.

Sometimes the picture is teeny, other times it's gargantuan, but you're still faced with the same monochromatic scheme, which makes the game much more complex than you might expect. 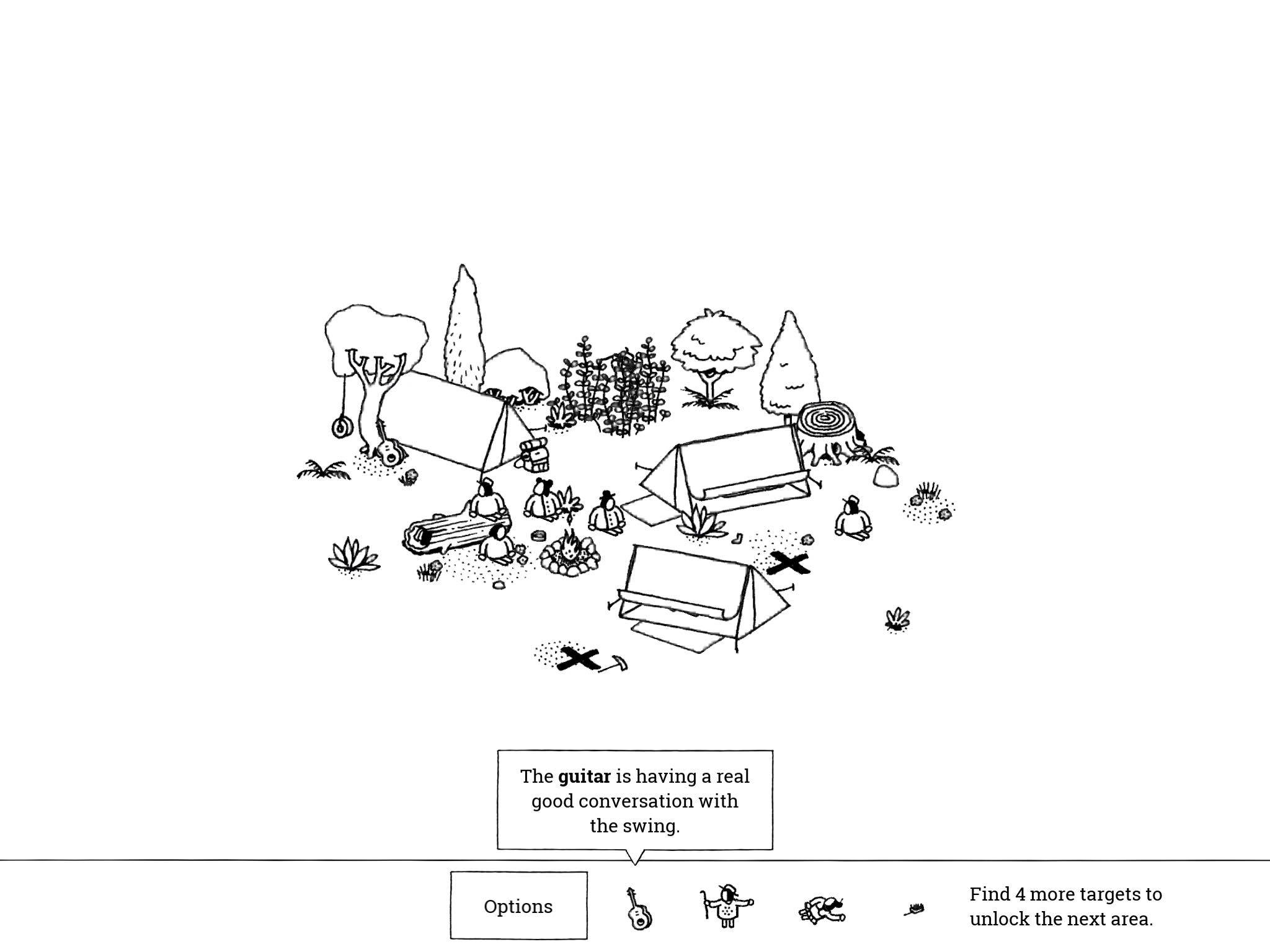 After all, finding Waldo - or Wally if you're a fellow Brit - used to boil down to just picking out red and white stripes. Take the colours away and you've got yourself a challenge.

In Hidden Folks you simply tap the screen to unveil whatever you're searching for, though you can also drag objects around at times.

Not forgetting the ultra-charming and adorable sounds that come out of each point. From man-made animal noises to the 'brring' of a guitar, it's hard not to love the minimal sound effects.

The levels are also nicely varied. Though you're essentially doing the same thing over and over, you constantly move from a small taster level to a much, much bigger one, increasing the challenge tenfold at times.

However a couple of the level sizes are almost obnoxiously large. Potentially too large for iPhone users. In these cases the game might be better suited to a computer screen, not a tablet or phone. 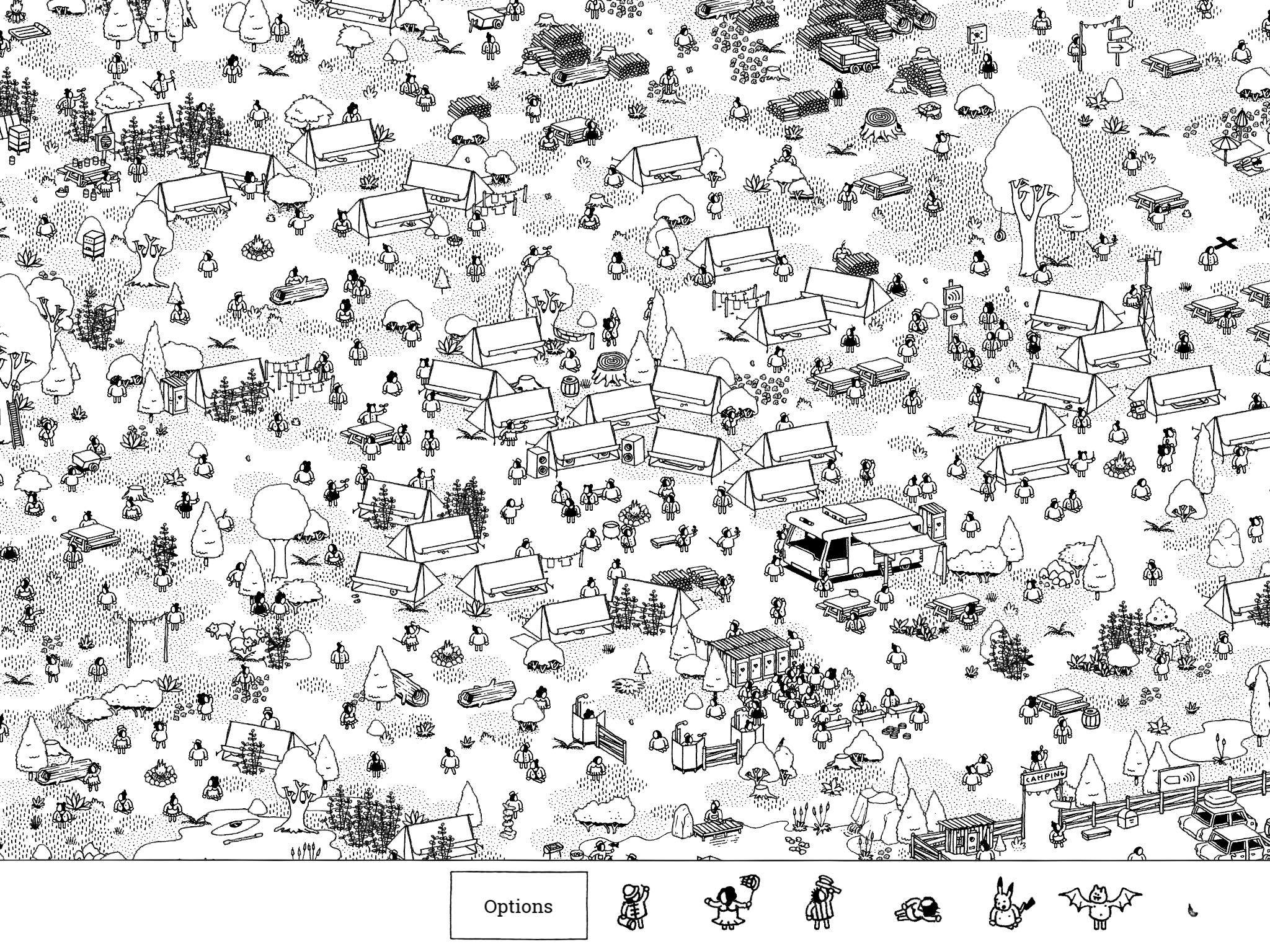 There's also the typical crux of a point-and-click game - blind tapping. It's pretty easy to tap around the screen until you stumble across something, throwing problem-solving out of the window.

The game's hidden elements add another layer of depth - you have to yank up tent flaps, dig up holes, and cut down overgrowth to find whatever's hidden beneath.

Hidden Folks is detailed, fun, and a good way to kill off some spare time, but it doesn't quite succeed in keeping our attention for very long.

If you've got the patience for it, Hidden Folks is a puzzler perfect for those who have an eye and ear for detail
Next Up :
UFO99 review - "A fun little arcade game on the go"