Caught in a scuffle

We're rather enjoying Heroes of Order & Chaos on our iOS devices, but technical difficulties mean that the Android version continues to be delayed.

This has led to Gameloft temporarily delaying the launch of the Android version. It seems the company has underestimated the game's popularity, for it's having problems coping with the load placed on its servers.

Yesterday, Gameloft issued the following statement regarding the matter on its blog:

"Our development teams are working to expand the server capacity for Heroes of Order & Chaos. As soon as the servers are fully operational, the Android version will launch on Google Play. We sincerely apologize for the delay and inconvenience." 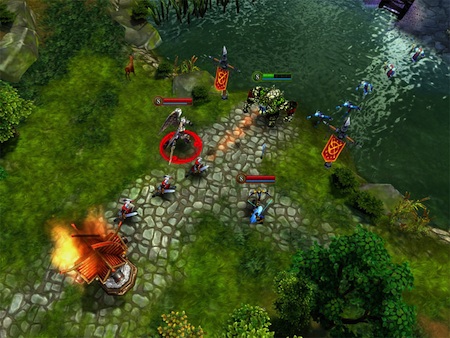 It would appear, then, that the Android version has been sacrificed in order to lessen the server load, and to get the iOS version up and running smoothly.

In Heroes of Order & Chaos, you team up with other players online to wreak strategic RPG-like havoc on the opposing team.

We gave it a highly respectable Silver Award in our iOS review yesterday, so it's easy to see why Android gamers are so keen to get their hands on this freemium multiplayer scrapper.

The Update Update: VS. Racing 2, Heroes of Order & Chaos, and more