Nintendo Europe has just confirmed via Twitter that rhythm platformer HarmoKnight will boogie onto the eShop on March 28th.

In this quirky-looking music title, Pokemon developer Game Freak focuses on the exploits of a boy named Tempo (geddit?).

It's your job to help Tempo collect musical notes as he runs across the world of Melodia. To achieve this, you'll have to perform set actions with rhythmic precision. 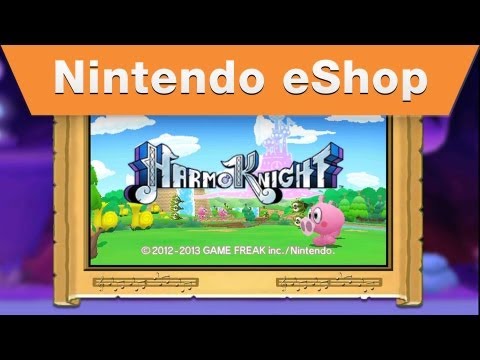 From the looks of the HarmoKnight trailer (above), you'll be doing a lot of jumping, and performing a variety of attacks - all in time with the game's soundtrack.

We think it looks like larks. However, if you're the sort who likes to try before you buy, you'll be able to download a HarmoKnight demo from the European eShop next week. (It's already available in the US eShop, folks.)

For anyone who's already sold on the concept, you'll be able to download HarmoKnight from both the European and US eShops on March 28th.