Whether you're playing fighting games, platformers or bullet hell shooters, it's always great to revisit these titles with a different control scheme, and the arcade stick is a firm favourite.

But rather than buy an expensive controller for each system you own, wouldn't you want a single controller, which works with pretty much every system you own? Exactly, which is why the Venom Multi Format Arcade Stick is so very tempting.

This has been available for a while now, but as of a recent update it even works natively with the Nintendo Switch, making it a great device to use with fighting games like Mortal Kombat 11 and Dragon Ball FighterZ. But why would you want an arcade stick?

Well the first reason, of many, is nostalgia. If you were ever the type to enjoy arcades, back when arcades still existed, then playing games like Metal Slug and Punch Out using an arcade stick is a wonderful throwback. In fact, all of the NES and Neo Geo games you can play on Nintendo Switch are great with an arcade stick.

Another reason is digital inputs. Certain games, like fighting games, don't care for analogue inputs, and instead want digital inputs for more accurate, precise and instantaneous feedback. The switches on the stick allow for instant recognition and speedy inputs, when compared to an analogue stick. Not bad at all. 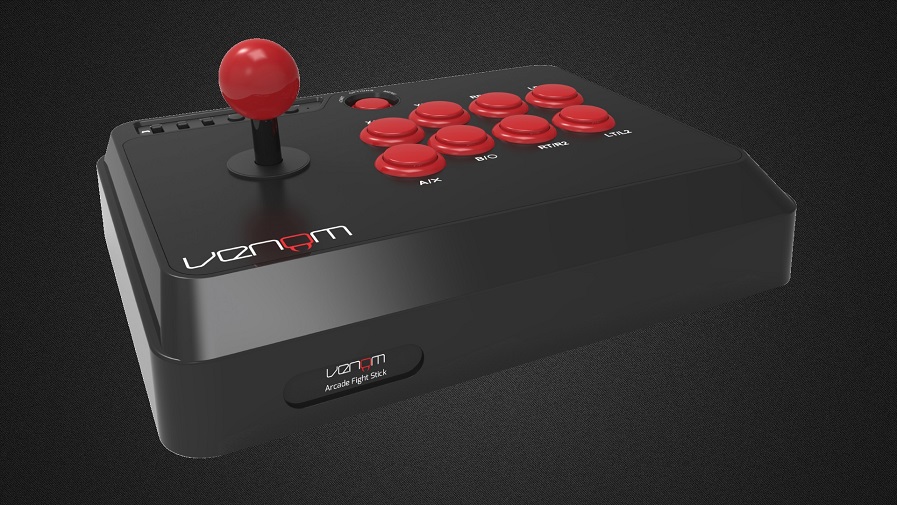 And when used with the Nintendo Switch, the Venom Multi Format Arcade Stick works great. Set it to Xinput mode, plug it in, press a few buttons, and it works. With some caveats.

As I mentioned, this stick has been available for a while now, far before the Nintendo Switch was updated with compatibility. As a result, scan the box, the instructions, everything, and the Nintendo Switch is mentioned no where. It was a case of pure trial and error to get it working.

To be fair, the layout of the buttons is correct, which when playing fighting games, is important. It's just difficult if you ever look down to figure out which button is where. This is more of a case of trial, error, and memory.

So, most importantly, it works and it works well. Thank goodness for that. But this is a multi format stick, meaning it can be used with the PlayStation, Xbox and PC, too. Kind of.

You're probably here for the Nintendo Switch compatibility, but for those who might use it on other formats, keep in mind that for PS4 and Xbox One gaming, you need to connect a controller to the stick through USB so the stick can be used as a passthrough. It can't be used without a PS4 or Xbox One controller on those systems. 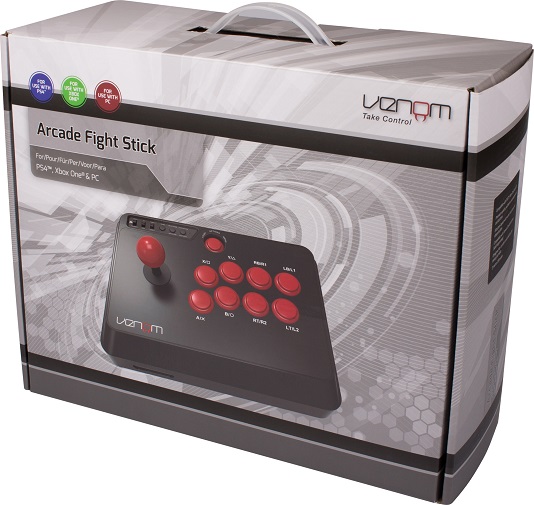 For PS3, Xbox 360 and PC, this is luckily not an issue, but since this isn't mentioned anywhere online, it's important to keep in mind.

Another small issue when it comes to using it with the Nintendo Switch is, well, it needs a full-size USB port. That means if you want to use this on the go, it's possible, but you'll need a USB type-C to type-A converter to plug it in, and then somewhere to place it so that the USB cable doesn't get in the way at the bottom. If you're a true Pocket Gamer, this can be a frustrating point.

But other than those small negatives, this is a really good stick. You can easily open it up, customise the buttons and stick with Sanwa parts or other fitting parts and much more. The fact that it works so well for so many systems is just a bonus.

It's affordable, works well and honestly, you would be hard pressed to find a better stick, especially if you are the type to play across multiple platforms.

Is the Venom Multi Format Arcade Stick perfect? Certainly not, but for an unlicensed arcade stick controller that works across all of the most important platforms, it's really well priced and a good place to start. Though if you're a pro, a more expensive product and a converter might be a better idea.

The Venom Multi Format Arcade Stick is perfect for anyone looking for their first arcade stick. Whether it's fighting games or retro titles, this is a great way to play them on Nintendo Switch
Next Up :
Valiant Hearts: Coming Home Netflix review: "A touching war story from various angles"