Gamevice for iPhone 6 - Perfect for retro enthusiasts on the go

The Gamevice for iPhone 6 just feels so right, and I think that's down to a combination of two things. One, unlike the enormous iPad Air or Mini models, it feels about the size of a normal controller. And two, the relatively tiny size emulates the feeling of playing a handheld console.

That results in a version of the Gamevice that's absolutely perfect for playing retro platformers, bullet hells, or isometric RPGs. Or maybe that's just me.

The design is very similar to its larger siblings. You click your iPhone into the lightning cable port on one side of the device, then stretch the other over your iPhone until it clamps like a vice. You can then secure it with a slide-y button on the back, and release it with another on the right hand side.

It's a pretty snug fit but inherits the slight wobbliness on the left of its Air / Pro 9.7-inch counterpart. It doesn't look quite so silly though, and I didn't feel much shame when I pulled it out during a train journey to crack on with Rayman Classic. If you're fine playing a handheld in public as an adult, you'll be absolutely fine with this.

You can chuck it into a bag with ease as well, thanks to the two sides magnetically snapping together. It doesn't take up much space at all, and you'll probably find yourself bringing it everywhere. 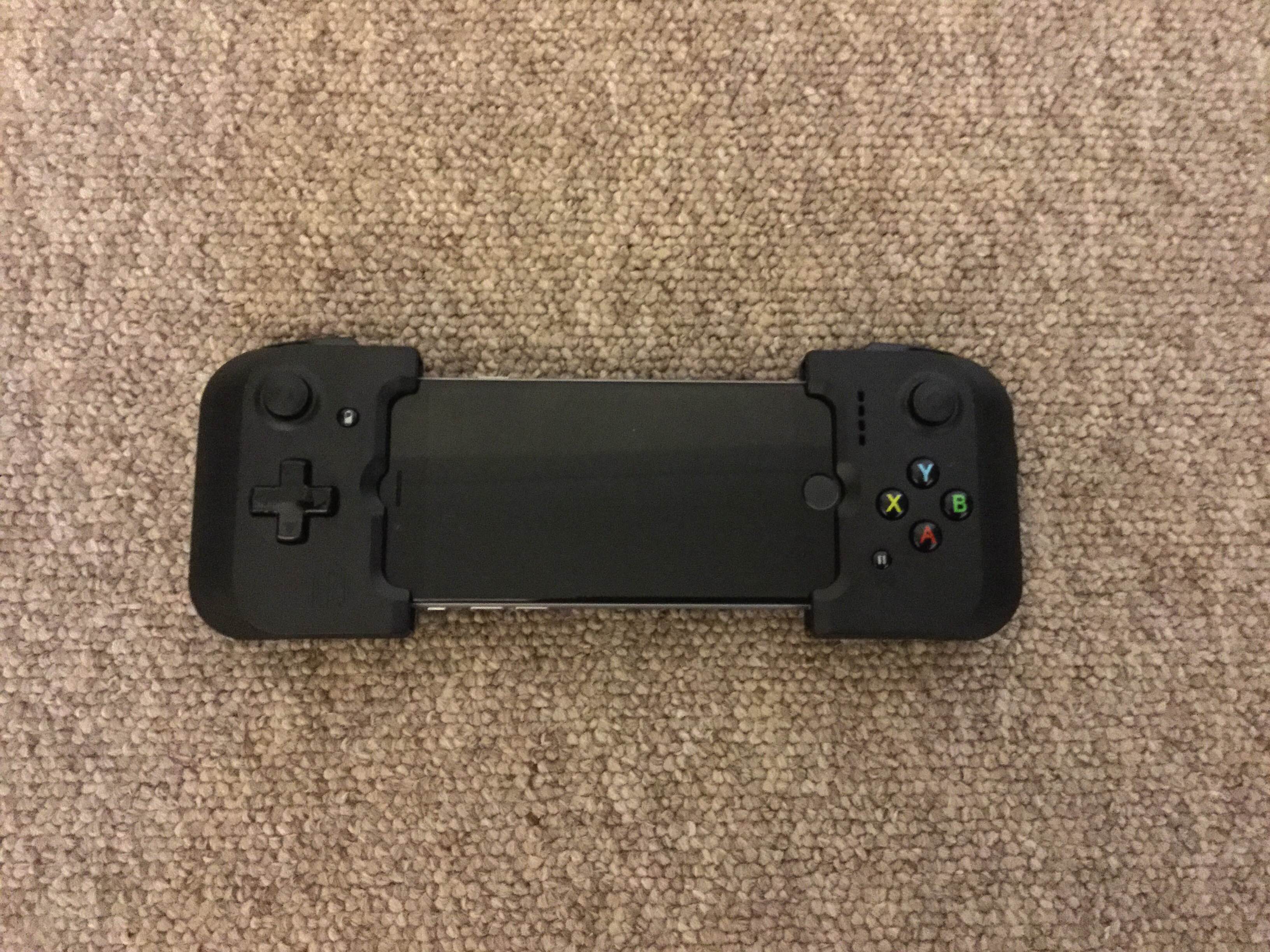 All of the buttons you'll need are here. There's the two joysticks, d-pad, four face buttons, shoulder buttons, triggers, a pause button, and even one that allows you to check the battery. With all of that functionality, you won't really need to use the touch screen very much at all.

It's not all sun and daisies though. The joysticks are just a tiny circle of plastic, and feel a bit naff compared to the premium design of the larger Gamevices. That being said, they do function perfectly. The triggers are also much smaller, but have a lovely satisfying click to them.

Then there's the headphone jack and charging port which provides juice for both the Gamevice and your iPhone. It's a handy feature plucked from the other versions.

If you're already invested in the Gamevice brand, and like the idea of an iPhone version, you won't be disappointed here. It's got all the features of its larger siblings, but feels a little bit more comfortable thanks to the smaller size.

The joysticks are a bit naff, and there's a bit of give on the left, but this is an otherwise solid and well designed controller that turns your iPhone into a bonafide handheld console. And you can't complain about that.

Gamevice for iPhone 6 - Perfect for retro enthusiasts on the go

Next Up :
Tightrope Theatre review - "Failure is very much an option"