In case you're not familiar, Guerrilla Bob is a comedic light-hearted shooter containing an arsenal of over-the-top weaponry, unique enemies, and bags of humour.

Guerrilla Bob offers cross-platform multiplayer over local wi-fi between Android and iOS devices, as well as Mac and soon PC. Check out the video below to see this in action.

OpenFeint support is also present, allowing you to compare your progress with other players from around the world, view leaderboards, and earn achievements.

In a press release, CEO of Angry Mob Games Bogdan Iliesiu, reveals that an Xperia Play version will be released as soon as the device hits the market. 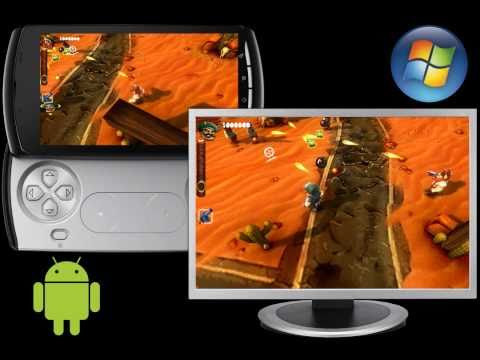 Subscribe to Pocket Gamer on
Next Up :
MapleStory M's latest update adds new dungeons to the Arcane River and Edge of Space alongside multiple upcoming events