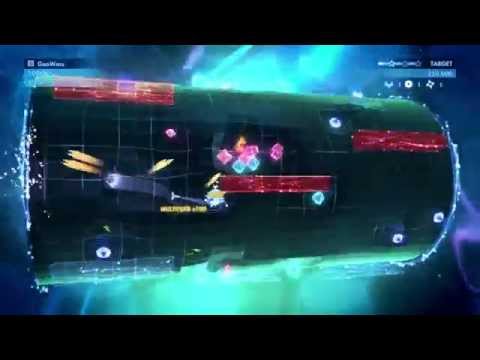 A preview on Touch Arcade reveals that this will be a paid game (£3.99 / $4.99) without in-app purchases, and will be almost identical to the Dimensions experience you get on PS4 and other consoles.

So, expect to blast away at enemies in modes like King, Deadline, Waves, Evolved, and Pacifism, and work your way through an adventure mode with brain-bending spherical stages and purchase-able power-ups. 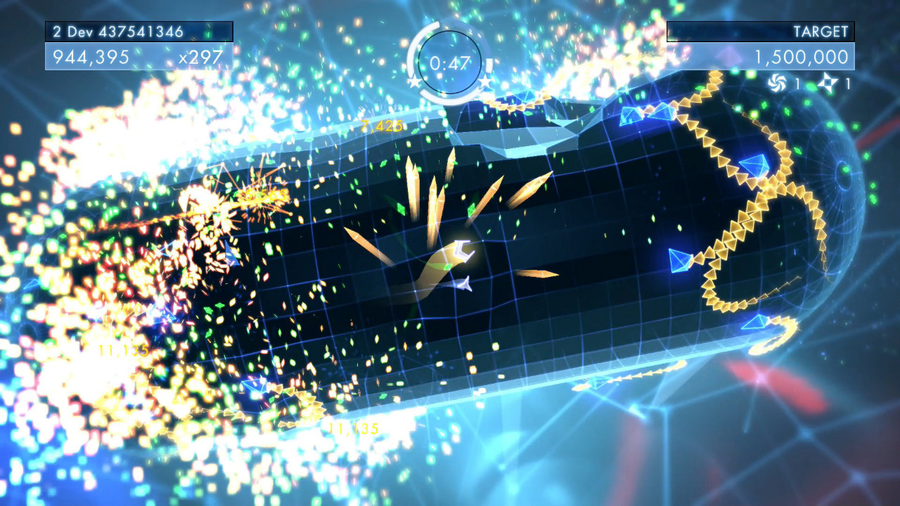 Screenshot from the console edition

The iOS edition has been optimised for that fancy Metal API on newer devices, and the controls have been given a makeover for touchscreen play. By default, your ship will auto-aim and auto-fire at enemies while you move about the battlefield.

The mobile version won't have any multiplayer support. And the features from the Evolved content pack won't be present on mobile, but publisher Activision says it has plans for content upgrades down the road.

Geometry Wars 3: Dimensions for iOS should be available at around midnight tonight. We'll let you know when we know.

Geometry Wars 3: Dimensions has been updated with support for the iPad Pro

Geometry Wars 3 gets Evolved on Android, with massive content pack