Apsis caught our eye this morning with its pastel visuals and simple interaction with a flocks of birds.

It's quite unlike most other mobile games out there, that's for sure.

Nylon Box Games, a team of five students from Cornell University, is developing Apsis for Android devices. They say that they're pursuing the creation of beautiful, thoughtful interactions. It seems they're on the right track.

John Oliver of Nylon Box tells us that the inspiration behind Apsis was the flocking behaviours of Starlings. The team wanted to recreate the complex patterns they form in a game.

"Apsis is about exploring the flocking patterns of birds while guiding the player through a thoughtful, emotional experience," Oliver tells us. 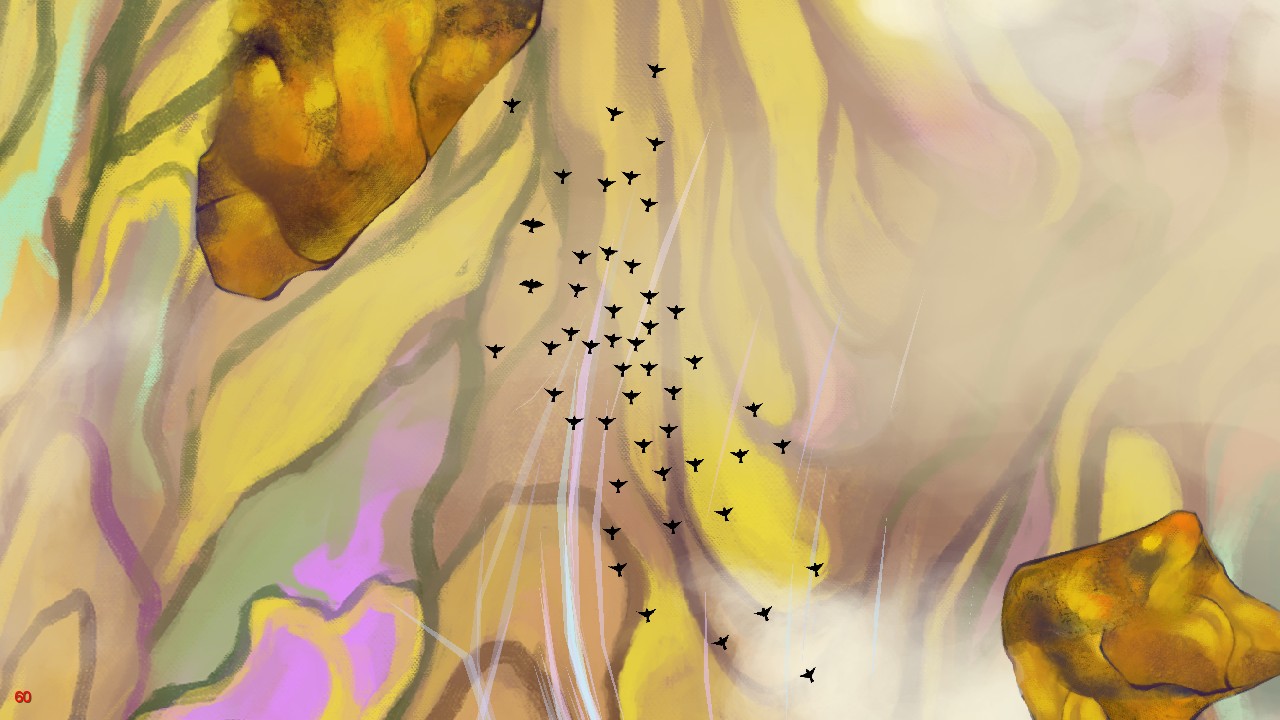 "The focus is less on achievement or winning. Rather, we've tried to design a cohesive, enjoyable experience," he adds.

The input that Apsis uses is simple. Simply touching the screen attracts the birds to your fingers, and they'll follow your movements.

An important part of the game is the colour progression that lies underneath the birds as they fly through the sky. The top-down style was inspired by Google Earth, and the imagery was created from similar resources.

"At any point in the game, you can tell where you are in the progression by the current colour palette," Oliver revealed. "We tried to pick colours that associated well with the emotions we were trying to convey."

Apsis is expected to launch by the end of the year on Android. If the game is well received, an iOS version will also be considered.
Next Up :
Darkness Rises celebrates 4th anniversary with an abundance of new content