What did they do? 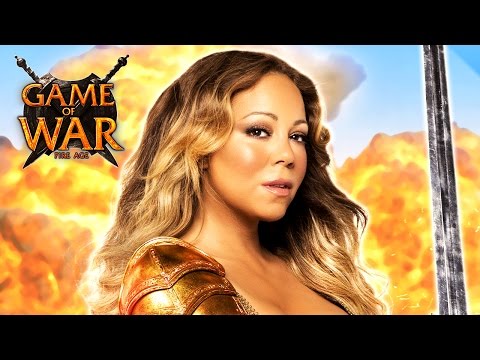 Mariah, what have they done to you?

We knew that Mariah Carey would be the latest glamorous face of Game of War - Fire Age after model Kate Upton. What we didn't know is that they'd squash her entire body in the process.

Yep, you can add the game's new advert (above) to the list of terrible touch-up effects applied to women in media.

In the minute-long advert, Carey appears right at the end, blasting a dragon with a crossbow to save two guys from certain death.

"Time to be heroes, guys," Carey then says, before running towards the enemy.

The run is noticeably awkward. This is probably due to the armour Carey's wearing and the sword she's carrying.

But it doesn't help that she has so obviously been edited into a squashed, more slender form. It looks ridiculous.