At least they were polite about it-

Since its release in 2013, Game of War - Fire Age has been a major hit with players around the globe. However, it seems that Machine Zone pushed players a little too far recently after bumping the prices up a little too high.

We were informed about a staged 24-hour boycott of in-app purchases from a large selection of Game of War players. In the photos we were sent, players changed the names of their settlements to spell out this sentence: "Dear Machine Zone – Please go **** yourself. Once you get done ****ing yourself, please take your March Fifteen and politely…" – well, you get the idea. 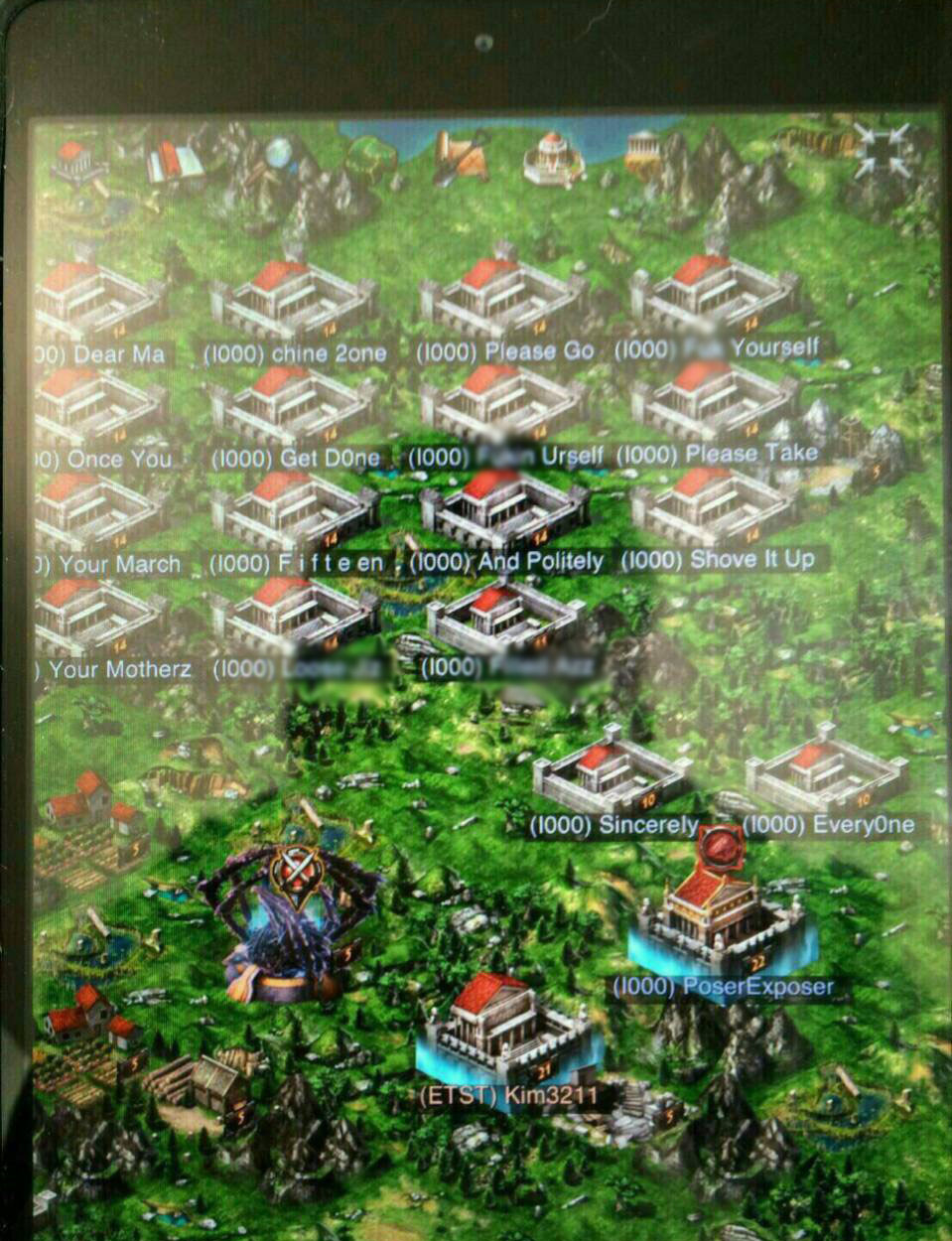 With prices continually on the rise, the player that contacted us stated: "There is a general feeling that Machine Zone are not playing fair, and are adding to the game for the sole purpose of wringing more money out of us."

Let's hope Machine Zone listen to their players' complaints and take note of things to improve upon before they lose a big chunk of their fans.