Get a taste of American history in Funko Pop! Blitz’s newest weekly event

Funko Pop! Blitz is holding a new weekly event centred all around American history, bringing some well-known figures into the game for the next week to coincide with Memorial Day.

Between now and 1st June, you can collect Funko Pop versions of iconic historical figures like Benjamin Franklin, President George Washington, and President Abraham Lincoln, as well as cultural icons such as Rosie the Riveter and Uncle Sam.

As with all other events that appear in Funko Pop! Blitz, you can collect these characters by dropping a certain item to the bottom of the board in every game you play. This time it’s an American flag.

If you equip one of the Pops from this event, more flags will appear too which give you a bigger opportunity to collect more rewards. This includes the event exclusive Uncle Sam, who can only be unlocked by finishing the event. 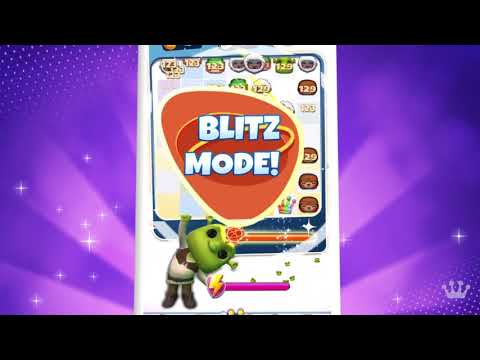 Funko Pop! Blitz is a match-3 puzzler where you match up Pop versions of iconic characters implemented from a variety of different media. The game typically features a new collaboration each week, with franchises such as Shrek, Parks and Recreation and How to Train Your Dragon.

Each character featuring during their respective events also come with their own unique super move to power up the board, allowing you to earn better rewards with ease.

Memorial Day takes place on the last Monday of May, and is a day dedicated to the honouring of military workers who have died in the line of duty. This year it takes place on 31st May.

You can download Funko Pop! Blitz now from the iOS App Store and the Google Play for Android store, where it is a free to play game containing adverts and in-app purchases.

Here are some of our favourite puzzle games on iOS.
Next Up :
Blue Archive's An Unconcealed Heart story event is now live