The clever and artful Framed 2 only released last month, but it's already received its first major sale on the App Store, available for the low price of 99p/99c.

Continuing the noir mystery atmosphere of the first, Framed 2 follows a tense pursuit and narrative twists through the comic panels; you'll reorient and rotate panels to change their context and alter the current scene, letting your dark suited protagonists escape from police or navigate dangerous environments.

While the concept remains the same, the sequel dives deeper into the puzzler potential, featuring new mechanics that allow for more complicated challenges, such as panels that can be used multiple times in a single scene.

Framed 2 earned a Silver Award in our review, praised as "a slick and entertaining puzzler" that doesn't quite reach the heights of the first game.

You can purchase Framed 2 on iPad and iPhone. 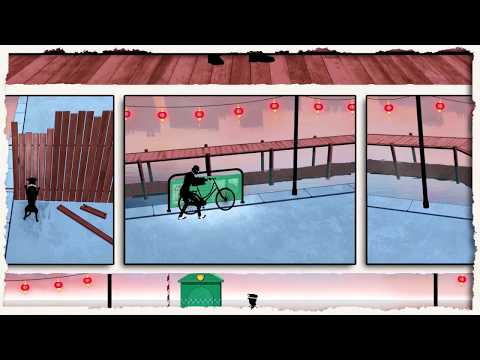