Fragger to get 30 Xmas levels

As I noted in my review of Fragger, Miniclip's iOS debut back in June - "Of course, there's hope for more levels in future updates..."

Wise words, as instead of the original 40 levels supplied, now your 99c gets you 130 levels of grenade throwing fun, and there's more on the way too.

As with many popular games - Angry Birds for one - Miniclip is planning a Christmas-themed update; indeed it's already been submitted to the App Store, and should be live later this week.

And, in addition to those 30 extra levels, the update - which is entitled Arctic Storm - includes the ability to skip levels when you're stuck.

Fragger is out now priced 99c, €0.79 and 59p, while Miniclip's next game for iPhone has been announced as Gravity Guy.

You can check out what it's all about in the following video. 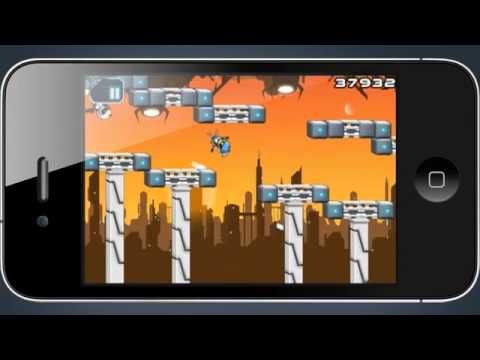 Subscribe to Pocket Gamer on
Next Up :
Valiant Force 2, the sequel to the hit 2016 strategy RPG gacha, opens up pre-registration for Play Store users

Updated Fragger gets another 30 levels and Retina graphics

Fragger gets another 30 levels plus a free Lite version