Prepare to explore the dangerous and stylish caverns of forma.8 on iPhone and iPad before the year is out

It's been about a year since I first played the beta version of MixedBag's iOS action-adventure game forma.8.

And guess what? It still isn't ready for launch.

We'll forgive the developer for now, though, for it has served up the delicious Bronze Award-winning Futuridium EP in the meantime.

You should all be delighted to read, mind, that MixedBag is back to working full-time on forma.8. There are even a few new screenshots floating around in which you can view the still-evolving art style.

Compare the new screenshot on the left to the older one on the right below, for instance:

As you should be able to tell for yourself, forma.8 takes place in a dark cavernous world. It has a similar feel to Another World, actually. Simply by emerging above the surface, you'll have hoards of hostile drones sent after you.

You play the titular small and spherical "exploration probe" that is embarking on a life or death mission on this remote and foreign planet.

At first, you're very vulnerable, and must evade laser security, drone patrols, and the native wildlife.

As the caverns grow more treacherous and fill up with lava, though, you'll gain power-ups that enable you to deal with it all. 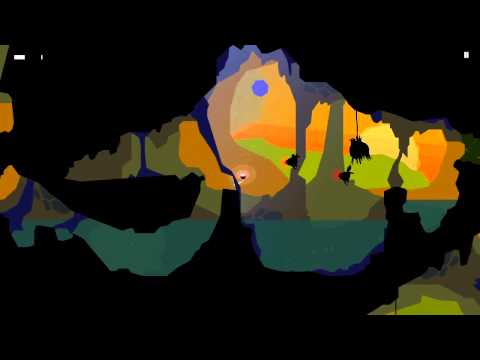 So, forma.8 is, essentially, a combination of exploration, puzzles, and tactical combat. The result is a stylish, colourful, and quite compelling adventure.

MixedBag hopes to release forma.8 by the end of the year for iPhone and iPad. We'll keep you up to date on the precise release date as soon as we know it.